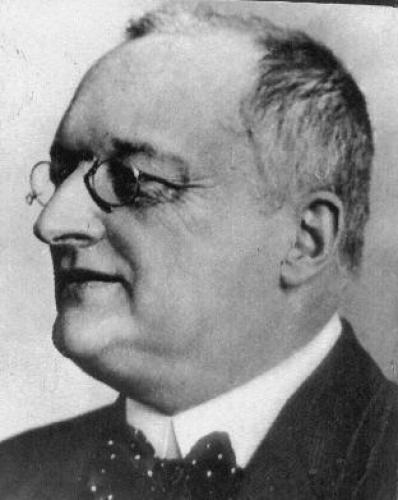 Niewiadomski Stanisław Karol, born on 4 November 1857 in Soposzyn (in Lviv district, near Żółkiew), died on 15 August 1936 in Lviv. He was a Polish composer, a pedagogue, a publicist, a music critic and a chorister. He studied under K. Mikuli and F. Słomkowski at the conservatory of the Galician Music Society in Lviv. He made his debut as a composer in 1880 staging the cantata “Act of Faith” written to commemorate the 50th anniversary of the November Uprising. The composition was appreciated, which encouraged Niewiadomski to pursue a musical career. From 1882 to 1885 he studied at the conservatory in Vienna under F. Krenn (composition) and A.Sturm (piano). After graduating from the conservatory with a distinction he moved back to Lviv, where he became active in the field of pedagogy, music criticism, composition and organisation of musical life. At first he worked as a tutor at the Skarbek Theatre. Later, from May 1886 till March 1887, together with C. Dobrzańska, he co-managed the theatre, holding the position of the artistic director of the Opera and Operetta. In 1886/7 he taught history of music at L. Marek’s music school. In 1887 he became professor at the conservatory of the Galician Music Society in Lviv, where he remained until 1918; he taught theory of music (1887–98), the basics of music theory and harmony (1898–1918), history of music (1890–1918) and choral singing (1891–1918). He usually spent summer abroad: many times he went to Leipzig to study counterpoint under S. Jadassohn at the local conservatory, attended opera performances in Munich, Berlin, Dresden, Vienna, Paris and Milan, and visited Bayreuth twice to see performances of Wagner. In 1887 in Italy he got to know F. Lamperti’s method of teaching how to sing. In the years 1885-92 he held the position of the second conductor at the Lutnia-Macierz Singing Society and a choral singing teacher in the singing school managed by that society (1888-92). Niewiadomski was a member of the board called up by a government agency to provide artistic supervision to the Skarbek Theatre (1890–1900). He was also a member of the government council of music specialists (1899-1910). He was in the centre of many musical events of local as well as national importance: he was responsible for the Polish section at the international exhibition devoted to music and theatre in Vienna (1892), the Lviv celebrations of the centenary of Chopin’s birthday together with the First Meeting of Polish Musicians – he was a general secretary of the committee on the anniversary celebrations (22-28 October 1910), and also the chairman of the first meeting of music and singing societies in Lviv (1913). Niewiadomski was an active populariser: he gave papers and lectures devoted to music, for example lectures which were part of the academic courses for women at the Jan Kazimierz University in 1897. He was a jury member during composition and piano competitions. From 1886 he became active as a music critic, wrote reports and reviews for the Lviv press (“Gazeta Lwowska” and “Dziennik Polski”), he was also a correspondent for the Warsaw press, e.g. EMTA. In the years 1902-14 he wrote exclusively for ”Słowo Polskie” (reviews and a column about music) and over time became the most influential critic in the Lviv society. Niewiadomski spent the years 1914-1918 in Vienna, where he managed a department of the Lviv conservatory, set up for numerous students of that school, at that time refugees. The pedagogical staff was made up mainly by Lviv professors evacuated to Vienna. Niewiadomski also started a Polish mixed chorus at the Resurrectionists’ church. After moving back to Lviv he assumed the position of the Opera manager in the Grand Theatre for the season 1918/19. On 5-11 May he organized a cycle devoted to Moniuszko and commemorated the centenary of composer’s birthday by staging the opera “Helen” (he directed it himself) as well as “The Countess”, “The Haunted Manor”, “Verbum Mobile” and “The Raftsman”. In 1918–21 he was the editor of ”Gazeta Muzyczna”. In 1919 he settled in Warsaw and assumed the position of a professor at the Warsaw Conservatory where he taught aesthetics (until 1924), the history of music (until 1928) and organology (1924–27). In the years 1927-31 he was the director of the Albert Grudziński Music Institute. In 1924 he started the Association of Music Writers and Critics in Warsaw and went on to become its chairman for many years. He was active in the Warsaw Music Society, becoming the first chairman of the contemporary composers’ section created in 1925, chairman of the Chopin section and vice-chairman of the Moniuszko section. He was one of the founder members and a member of the board of the Fryderyk Chopin Institute in Warsaw created in 1934. He also continued his journalistic activity and collaborated with “Rzeczypospolita” (1924), ”Warszawianka” (1924–27), ”Dzień Polski” (1928–31) and ”Kurier Polski” (1931–36). He also wrote for “Muzyka” and “Gazeta Poranna” (1932), ”Lwowskie Wiado¬mości Muzyczne i Literackie” (1925–31) and the Lviv ”Wiek Nowy”, ”Przegląd Muzyczny” (Poznań 1929), ”Orkiestra” (Przemyśl 1930–36) and ”Śpiewak” apearing in Katowice. Regularly, two times a month, he gave lectures and talks on the radio (among other things he hosted a very popular radio course devoted to the history of music) and, sporadically, in the Philharmonic and Opera. On 5 December 1927 the 40th jubilee of his artistic, pedagogical and journalistic work was celebrated in Warsaw and on 5 January 1928 in Lviv. In 1931 Niewiadomski was awarded the music prize of the capital city of Warsaw. Although during the last years of his life he was less involved in pedagogical work, Niewiadomski remained active in the field of music criticism. He died in Lviv and was buried in the Łyczakowski cemetery, in the Avenue of Notables.
Copyright © 2013 PWM