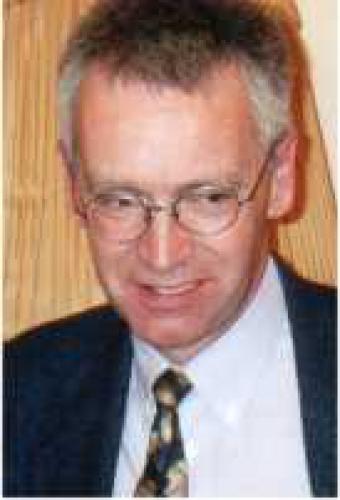 Professor Adrian Thomas works at University of Cardiff from 1996 where he was Head of Department until February 2001. He came from Queen's University, Belfast, where he had taught since 1973 and had been Hamilton Harty Professor of Music (1985-96). In 1983-84 he was Visiting Scholar at the University of California, San Diego. His compositions have been performed in Europe and the USA, especially in the 1980s; Radio 3 broadcasts include Black Rainbow (1989), a BBC commission for the BBC Singers. In 1990-93 he was on secondment to the BBC as Head of Music at Radio 3, where among other things he initiated the nationwide BBC 'Polska!' festival of Polish arts and culture (1993). He is a specialist in Polish music and contributed over 50 entries on post-war Polish composers for the second edition of The New Grove Dictionary of Music and Musicians. He is the recipient of the Polish Composers' Union Medal (1989) and the Order of Merit for Polish Culture (1996). In 2000 he was awarded a two-year Arts and Humanities Research Board grant for work on post-war socialist realism in Polish music.

His principal publications include: Bacewicz: Orchestral and Chamber Music(Los Angeles, 1985); 'Beyond the Dance', in Cambridge Companion to Chopin, ed. J. Samson (Cambridge, 1992); 'Your Song is Mine', The Musical Times, 1830 (August 1995); The Hidden Composer - Witold Lutoslawski and Polish Radio (Exhibition at BBC Festival 'Breaking Chains', Barbican Centre, London, 1997); Górecki (Oxford 1997, PWM 1998); 'Mobilising Our Man: Politics and Music in Poland during the Decade after the Second World War', in Composition-Performance-Reception: Studies in the Creative Process in Music, ed. W. Thomas (Aldershot, 1998).

Forthcoming publications include a contribution on the sketches for 'Jeux vénitiens' to Lutoslawski Studies, ed. Z. Skowron (Oxford) and a History of Polish music since Szymanowski (Cambridge).