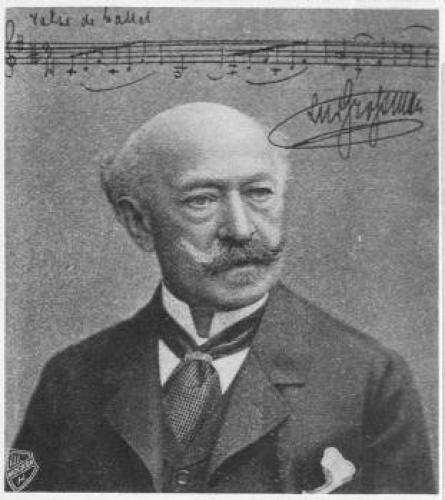 Ludwik Grossman (Grossmann, Grosman), aka W. Horejszo, born 6 March, 1835, in Turek near Kalisz, died on 15 July 1915 in Wiesbaden, Polish composer, organiser of musical life, conductor, pianist, organist. He finished middle school in Kalisz, where he also learned to play piano with J. Drobniewski and violin with W. Kopiński. He continued his musical education in Warsaw with A. Freyer, and in 1854 he spent 3 years in Berlin, where he studied composition with C.F. Rungenhagen and attended university. After returning to Warsaw, he performed as a pianist, organist and choirmaster, taught music at the Nobles’ Institute and also privately. In 1857 he entered into partnership with Herman, owner of a piano warehouse dealing with grand pianos, upright pianos, harmoniums, mainly dealing with the artistic side of the business. In 1866, he was in Paris, where he sought performance of his opera „Rybak z Palermo”, reviewed positively by Rossini. He returned to France in 1895.
Copyright © 2013 PWM