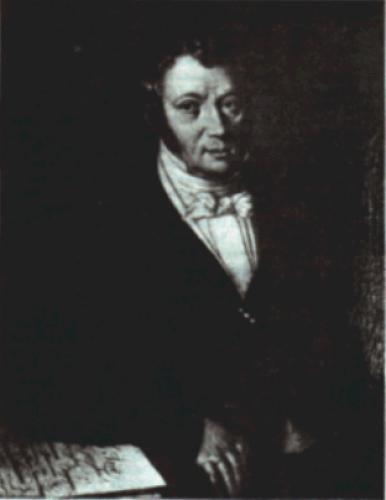 Polish composer, teacher, musical culture organizer. He started composing early; his motet Ave Maria gratiae plena for two solo voices with the accompaniment of an instrument was performed in 1782. As he had a beautiful voice, Elsner was successful as a soloist; he also performed as a chamber violinist. In 1791 he stayed in Brno, where he played the violin in the theatre orchestra. A year later he went to Lvov, where he took up the post of the kapellmeister of the local theatre. He staged two of his operas there. In 1795 he started collaborating with W. Bogusławski and from that time on he composed operas to his words. In 1799 Elsner settled down in Warsaw, where for over half a century he was active in many fields: he ran the opera in the Teatr Narodowy (National Theatre), he established his own music engraving workshop, he published the first music monthly in Poland, he was a member of the Warsaw Society of the Friends of Science, he was active in the Musical Club, he wrote reviews and articles for Polish magazines. During these years he taught singing in the Bogusławski's Drama School, lectured on theory and composition in musical schools run by him (in the Main Music School he also taught Frederick Chopin).
The universal character of Elsner's interests manifested itself also in his keen interest in the issues of Polish folk music.

In Polish music Elsner represents classical style of the pre-Chopin era, developed from the combination of formal and expressive means characteristic of the music of the Viennese classics with the elements of Polish folk music. Sacred music occupies an important place in Elsner's output; he composed c. 130 religious works including an oratorio. He also practised various genres of operatic music. The place of honour that he occupied in the history of music as Chopin's teacher cannot, however, obscure the contribution of his work and his services in the development of national culture. His compositional, organizational and popularizing activities constitute an important stage, comprising over fifty years, in the history of Polish music.