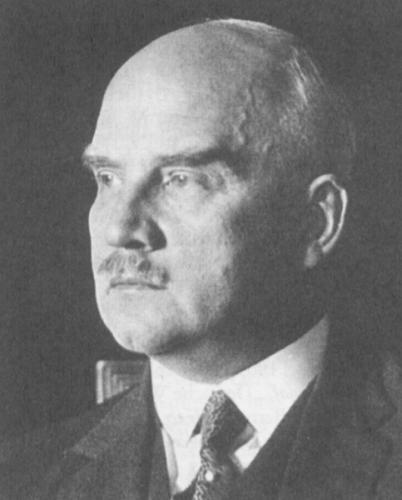 At the age of ten Mlynarski enrolled at the Conservatory of the Imperial Music Society in St Petersburg, studying the violin in Leopold Auer's class, composition under Anatol Ladov and instrumentation under Nicholas Rimsky-Korsakov. Having graduated with honours in 1889, he took the position of the second violinist in Leopold Auer's String Quartet and joined the Society's symphony orchestra.  He shortly gave up these appointments for the sake of solo appearances. From 1890 he played concerts in St Petersburg, Minsk, Grodno, Kaunas, Vilna, Kiev, Odessa, Warsaw, Berlin, Leipzig, Magdeburg, Hannover, Mannheim, Augsburg and London.

Despite his successful virtuoso performances, Mlynarski abandoned the stage and devoted himself to teaching, taking over the violin class from Gustav Frieman at the school of the Imperial Music Society in Odessa in 1894, conducting the students' orchestra and heading a string quartet. .

In 1898 Mlynarski's Violin concerto in D minor op. 11. won one of the five main prizes at the Ignacy Jan Paderewski Composition Competition in Leipzig. In March of that year, after a brilliant conducting of Carmen at Warsaw's Teatr Wielki in place of the ailing Cesare Trombini, he was made the Kapellmeister and, after Trombini's death, the music director, a tenure he was to hold for four years. During that time he produced Stanislaw Moniuszko's Straszny Dwór/ The Haunted Manor and Hrabina / The Countess, Wladyslaw Zelenski's Goplana, Charles Gounod's Faust, Richard Wagner's Lohengrin, Giacomo Puccini's La Boheme and Ruggero Leoncavallo's Pagliacci. He initiated the first symphony concerts of the operatic orchestra in Warsaw. Actively involved in the preparations for the opening of the Warsaw Philharmonic, he was appointed its director and first conductor in 1900, and on 5th November 1901 conducted the inaugural concert inside the purpose-built edifice. Having resigned from his opera appointment in 1905, he was the director of the Music Institute in Warsaw in 1904-1907. He was invited to give a series of concerts with the London Symphony Orchestra in several British towns in 1907 and then offered the position of the conductor of Glasgow's Scottish Choral and Orchestral Union, a tenure he held from 1910 to 1916, in the meantime conducting also in London (a series of concerts of Slavic music in 1913 and a concert of British music in 1914), St Petersburg, Moscow and Berlin. In 1916 he moved to Moscow to conduct the orchestra of its Bolshoi Theatre in 1917-18 and to organise a series of ten symphony concerts.

In 1918 Mlynarski returned to Warsaw and resumed his involvement with its Philharmonic. Appointed director of the Conservatory in 1919, he also ran its conducting class, chamber ensembles and symphony orchestra, his students including Pawel Klecki, Kazimierz Wilkomirski, Feliks Rybicki, Zbigniew Dymmek. Three years later he gave up teaching, focusing on managing and conducting the Warsaw Opera. He did that from 1919-29, a period during which he produced some fifteen Polish opera and ballet performances as well as first performances of a number of masterpieces of the world's repertoire, notably of Ludwig van Beethoven's Fidelio, Richard Wagner's Tristan and Isolde and Parsifal, Maurice Ravel's Daphnis and Chloe, Igor Stravinsky's Pulcinella and Petrushka. In the 1920s he prepared the Vienna and Prague productions of Stanislaw Moniuszko's Halka, conducted the Warsaw Philharmonic Orchestra a number of times as well as symphony concerts in Paris, Glasgow, Edinburgh, Bucharest, Zagreb and Copenhagen. From 1929 he stayed in the United States as Dean of the Department of Orchestra and Opera of Philadelphia's Curtis Institute of Music. His opera productions included Georges Bizet's Carmen, Giuseppe Verdi's Rigoletto, A Masked Ball, Aida and Traviata, Giacomo Puccini's Madame Butterfly, Modest Mussorgsky's Boris Godunov, and Engelbert Humperdinck's Hansel and Gretel. He also conducted symphony concerts in Philadelphia, New York and Washington. An illness made him return to Poland in 1831. Despite health problems, he conducted Halka at the Warsaw Teatr Wielki on 26th December 1931. He was elected chairman of the Polish Composers' Association in 1934.