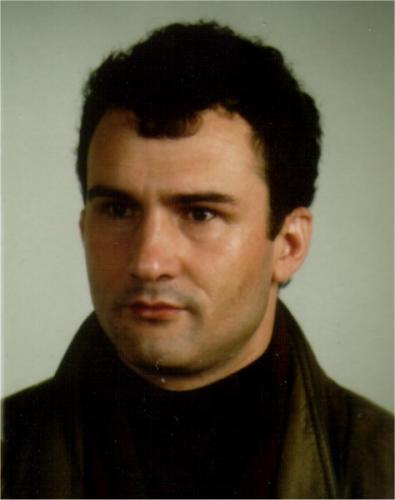 Mendi Mengjiqi is an Albanian composer born in Lupç near Prishtina (Kosovo) on June 3rd 1958. In 1980 he graduated from Prishtina's high school of musical profile in the theory and double bass class and then began his theoretical studies in the Academy of Music there. He obtained his diploma in the theory of music in 1987 and in 1988 launched his studies in the composition department. He had to break his education in 1990 when the academy of Prishtina was closed due to political repressions. The next year he left for Poland to continue his studies in the composition class of Professor Zbigniew Bujarski at the Cracow Academy of Music. Since 1996 he has been participating in the post-diploma courses of Professor Krzysztof Penderecki.
Initially, he composed light music works and pieces for children as well as has authored many arrangements. In 1982 he was awarded the gold medal by Yugoslav Composers' Union for his work at the “Chords of Kosovo" festival. Also he won the “Silver Lyra" prize for his song composed on the occasion of the festival “Music for Children – Gjakov 1985" and the “Golden Occarina" prize for the arrangements of popular music at the festival “Chords of Kosovo" in 1987.
He developed interest in serious music towards the end of his theoretical studies. The first two pieces composed in that period were Pokan Qika for women's choir (performed and recorded by the Radio Choir of Prishtina) and Meditations for double bass and piano (presented at the Festival of Young Composers in Yugoslavia, 1985). He has been using elements of Albanian folklore in his works (e.g. instruments, rhythms, scales).
His contact with Penderecki's as well as other Polish contemporary composers' creative output has made a significant impact on the evolution of Mengjiqi's individual style.
His works have been performed in the countries of former Yugoslavia, as well as in Albania, Austria, Finland, Germany, Poland, Slovakia, Ukraine, South Korea and USA.