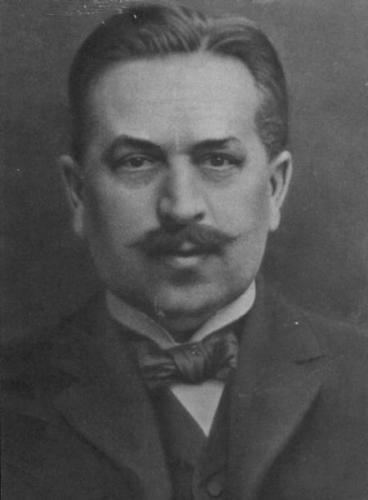 Statkowski Roman, *24 XII 1859 Szczypiorno (near Kalisz), †12 XI 1925 Warsaw, Polish composer and pedagogue. He came from a landed family. In the years 1872 to 1878 he studied harmony, counterpoint and composition with W. Żeleński at the Music Institute in Warsaw; he graduated from the Law Faculty at Warsaw University (in 1884). From 1886 to 1890 he continued his studies in composition at the conservatory in St. Petersburg with N. Sołowiow and Anton Rubinstein, and instrumentation with N. Rimsky-Korsakov (he gained his Diploma and a gold medal in 1890), at his examination recital he performed his cantata Uczta Baltazara. After graduation he lived in Kiev (where he taught in the music school) and Moscow and at his estate in Volhynia, which was soon to be confiscated (as were his family estates on the border of Livonia and Russia). Around 1895, he collaborated with the "Echo Muzyczne i Teatralne." In 1897 he traveled to Berlin, Paris, Brussels and London. After about two years he returned to Moscow, where from 1899 for almost 5 years he managed a branch of the Warsaw piano maufacturer Herman and Grossman. In 1904 he became a professor in the Institute of Music in Warsaw, where he lectured in music history (years 1904-1918), diction (years 1906-1908) and - after the death of Z. Noskowski - composition (years 1909-1925). He also taught orchestration, including for wind ensembles; was a member of the Pedagogical Commission (1907-1915), the Interim Board (during the war, 1915-16), Inspector of the Institute (1916-1918) and deputy director of the Institute (1919-20). In 1907, he was editor of "Musical Quarterly", but only nominally at the request of H. Opieński, the actual creator and editor of the magazine, as he was an Austrian citizen and had not received the consent of Russian authorities to be editor. He was an honorary member of the International Society for Contemporary Music.
Copyright © 2013 PWM