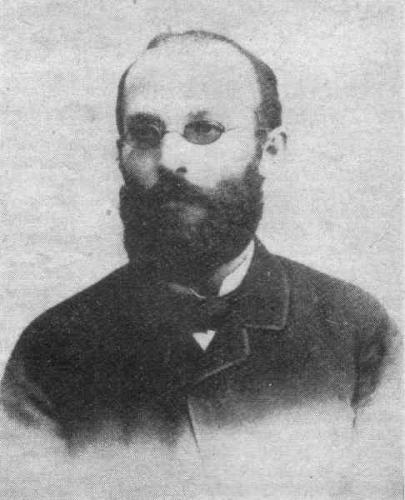 Antoni Wincenty Rutkowski was born on 21 January 1859 in Warsaw, died on 14 December 1886, also in Warsaw. He was a composer, a pianist and a pedagogue. He came from the poor, numerous family of a post office clerk. Having graduated from the German-Catholic primary school at the church of the Holy Ghost in Warsaw, thanks to a one-year scholarship raised by means of a public collection, in the autumn of 1869 he started his studies at the Warsaw Institute of Music. He gained his Diploma in 1876. During this entire time he studied piano under J. Janotha, harmony under S. Moniuszko (until 1872), as well as composition and instrumentation under W. Żeleński (1872/3-1876). He also studied French horn under Karol Weck, played with the school orchestra and performed solo during school concerts. The period 1881-3 was crucial for his musical education, as he continued his private composition studies in polyphonic, sonata and variation forms under Z. Noskowski.

Immediately following his Diploma, he assumed the position of piano teacher in the lower classes, and later in the middle class. Thanks to his diligence and scrupulosity he won the hearts of his pupils and professors, among which was I.J. Paderewski, who became a lifelong friend (they played his Album Tatrzańskie Op. 12 together, and Paderewski himself performed Rutkowski’s Bb major Sonata and miniatures. His teaching experience allowed him to take part in creating and editing various pedagogical publications. He collaborated with A. Różycki on “Szkoła techniki fortepianowej” (published in 1886 and reprinted many times), “Wybór kompozycji fortepianowych zestawionych wg stopnia trudności” to which G. Roguski, A. Różycki, A. Sygietyński, A. Michałowski and I. Paderewski (printed around 1886) also contributed .

Antoni Rutkowski actively took part in the musical life of Warsaw, especially in chamber concerts of the Warsaw Musical Society, which he joined in 1877. The Warsaw press and reports drawn up by the Society’s board mention at least 12 concerts during which the composer presented his own compositions (for example the C minor Sonata op. 5, premiere on 18 October 1882, with Z. Noskowski on the violin), he performed musical works by other composers, for instance Chopin, or performed as an accompanist (for example in Ciechocinek). As a pianist he received favourable reviews and was also awarded prizes at the composition contests organized by the Warsaw Musical Society, for example, III prize for the song “Letni wieczór” in 1885 and a distinction in 1886 for Variations on an original theme in C sharp minor. Antoni Rutkowski died from tuberculosis and was buried in the Powązkowski cemetery.

His music is characterised by traits typical of the late-Romantic style, dense texture and expressed through added and dissonant chords, rhythmically highly active and richness of pianistic and polyphonic techniques.
Copyright © 2013 PWM