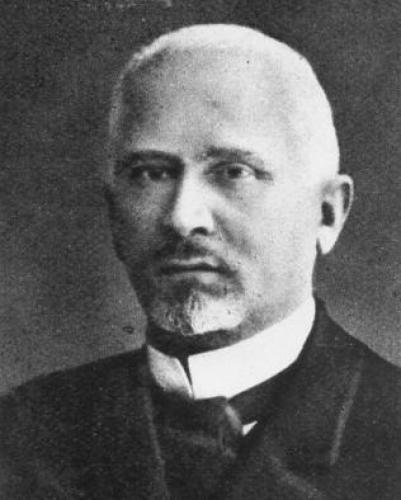 Sołtys Mieczysław, *7 II 1863 Lviv, †11/12 XI 1929 Lviv, Polish composer, conductor and pedagogue. From 1881 he studied at the Galician Music Society Conservatory in Lviv under the direction of K. Mikuli (piano, counterpoint, musical forms) and philosophy at the Jan Kazimierz University. From 1887 he continued his musical studies at the conservatory in Vienna, the Gesellschaft der Musikfreunde with F. Krenn and R. Hirschfeld (composition), and then in Paris in E. Gigout (counterpoint and organ) and C. Saint-Saëns (composition). From 1891, he was professor of piano, organ and theoretical subjects at the Galician Music Society Conservatory, as Director (from 1899) he helped to improve the educational system of this institution, its students included: T. Kassern, T. Sygietyński, H. Feicht and M. Klechniowska. In the years 1897 to 1899 he edited „Wiadomości Artystyczne”, and his reviews (especially opera) appeared in „Nasza Sztuka”, „Dziennik Ludowy”, „Przegląd Polityczny, Społeczny i Literacki” and „Kurier Lwowski”. In 1899 he was appointed artistic director of the Galician Music Society (he held this function until his death). As conductor of the orchestra and choirs of the Galician Music Society he presented a vast repertoire of works ranging from J.S. Bach to Richard Strauss, as well as compositions by I.J. Paderewski, M. Karłowicz and L. Różycki. Mieczysław Sołtys was one of the main organizers of the celebrations of the 100th anniversary of Chopin and the First Meeting of Polish Musicians held within them in Lviv (1910). From 1919 he was President of the Lviv- Association of Music Teachers and the Association of Professional Musicians. In 1908 awarded the Order of Franz Joseph I, in 1929, the Commander's Cross of the Order of Polonia Restituta. Sołtys evolved his style from emphasis on national elements and selected features of music by R. Wagner, later C. Debussy.
Copyright © 2013 PWM