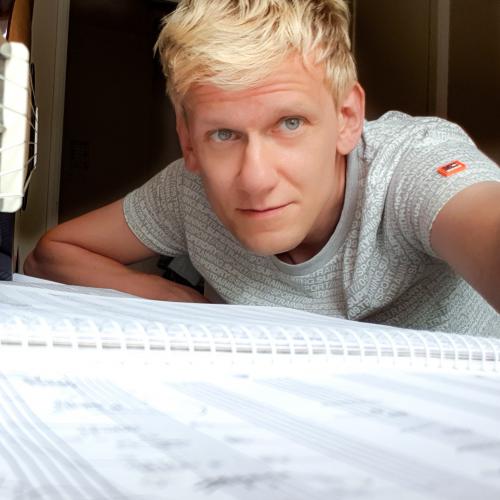 MAREK PASIECZNY was born in Zamość in 1980. He started to learn the guitar at the age of ten at the State K. Namysłowski Primary and Secondary Music School in Zamość in the guitar class of Andrzej Fil, which he finished in 2000, receiving a diploma with distinction. Since 1997 he has taken lessons with Professor Piotr Zaleski and is at present a student in his guitar class at the K. Lipiński Academy of Music in Wrocław. He has further added to his skills at numerous master classes with Carl Marchione, Joaquin Clerch, Raphaelli Smits, Edoardo Catemario and Jozsef Eotvos. Since his earliest days he has taken part and won prizes at guitar competitions and has received many other awards and honourable mentions. Since 2001 he has been sponsored by Wojciech Krasecki and, since 2003, by the daily paper Gazeta Wyborcza.

Great interest on the part of both guitarists and other instrumentalists is testament to his compositional talent. His works have been commissioned by outstanding Polish and foreign guitarists (Krzysztof Pełech, Jarema Klich, Łukasz Kuropaczewski, Waldemar Gromolak, Anna and Łukasz Pietrzak, Ra-phaella Smits and Edoardo Catemario). In 2002 he collaborated with Pat Metheny - one of the greatest guitarists in the history of jazz and with the Polish jazz singer, Anna Maria Jopek. His works are published by Euterpe and PWM Edition in Cracow.

2000 the final of the 5th All-Polish Composition Competition for Solo Guitar, Tychy

2003 all-composer recital as part of the "Mikulov" International Guitar Festival, the Czech Republic

which, as the youngest of the invited artists, he performed his composition Motion Picture