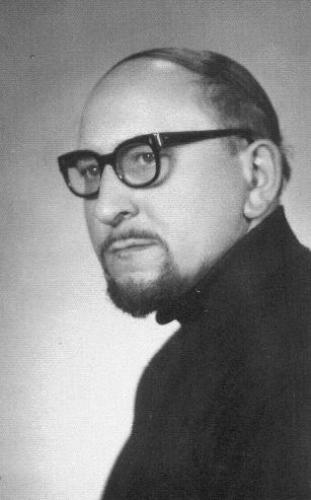 Ryszard Kwiatkowski, born on 27 June 1931 in Jaranowo next to Włocławek, died on 23 May 1993 in Bydgoszcz, a Polish composer. From 1958 to 1963, he studied composition under T. Szeligowski and W. Rudziński at the State Higher School of Music in Warsaw. In 1964 he completed his composition studies under G. Petrassi in Rome. From 1965 he worked as a teacher, initially in Zielona Góra, between 1966 and 1978 in Szczecin, afterwards at the Academy of Music in Bydgoszcz. A winner of the 1st prize at the international composition competition in New York for his Kwartet na perksuję [Quartet for percussion] (1968), and of numerous recordings and distinctions at the composition competitions in Poland.