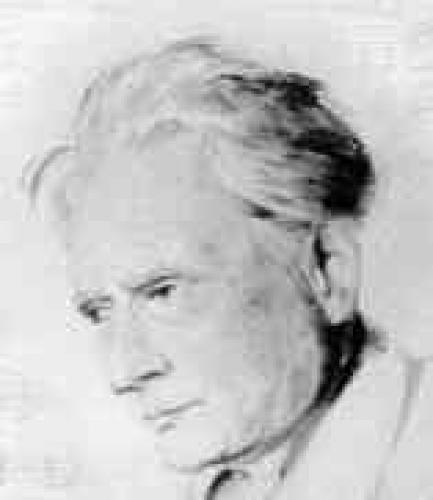 A composer, organist, conductor, pedagogue and organiser of a music life. In the years 1887-1893 he attended a monastery school in Święta Lipka, where he received his music education. In 1893 Nowowiejski moved to Olsztyn. He started working for the Prussian orchestra of the grenadier regiment, composed works for a military orchestra and amateur ensembles. In the years 1898-1900 he was an organist in St. Jacob Church in Olsztyn. He continued his education in courses organised at the Stern Conservatory in Berlin (1898) in O. Dienel’s organ class and E.E. Taubert’s composition class as well as at the church music school in Regensburg (1900). In the years 1900-1906 he studied at the Meisterschule Königliche Akademie der Künste in Berlin, in M. Bruch’s composition class (until 1902 and later in the years 1904-1906). At the same time he attended lectures in musicology and aesthetics at the Friedrich Wilhelm Universität (1901-1902). Nowowiejski received the G. Meyerbeer prize – Prix de Rome – twice (in 1902 and 1904). He devoted the obtained funds to an 18-month artistic tour of Germany, France, Belgium, Italy and North Africa.


From 1906 Nowowiejski stayed in Berlin, where he developed strong bonds with Polish-community ensembles and led an animated composer’s and virtuoso’s life. He made numerous trips to Warsaw, Krakow, Lvov and the Middle East, where he gave concerts in the presence of, e.g., the patriarch of Jerusalem. At the same time, Nowowiejski organised his first symphony concerts as a composer on the Polish land (Lvov, Warsaw), where e.g. his Symphony in B Minor and the oratorio Znalezienie św. Krzyża/The Discovery of the Holy Cross were performed. In 1907 Usti upon the Elbe was the place of the premiere of Nowowiejski’s oratorio Quo Vadis. The world premiere of the final version of the work took place in Amsterdam in 1909. The oratorio was enthusiastically received in whole Europe and America, where it was staged over 200 times until 1939, and in Poland – for the first time in Warsaw in 1912.


In 1909 Nowowiejski moved to Krakow, where he stayed for 5 years. He assumed the function of the artistic director of the Music Association, conducted at symphony concerts and performed as an organist. In 1910 Nowowiejski joined the celebrations of the 500th anniversary of the Polish victory in the battle of Grunwald and the official unveiling of I.J. Paderewski’s monument, composing Rota, a patriotic song to the lyrics by Maria Konopnicka (initial title – Hasło). He spent the First World War in Berlin as a member of a garrison orchestra.


After the war Nowowiejski settled down in Poznań and actively joined the reviving cultural life of the city. In 1920 he took part in the ranking in Warmia and Mazuria. From 1920 he lectured at the conservatory in Poznań at the faculty of church music, conducted an orchestra and in the years 1922-1927 he held an organ class and an improvisation course. In 1924 the Poznań opera house staged his Legenda Bałtyku/The Baltic Legend, which was performed 50 times within one season. Nowowiejski also cooperated with numerous choir ensembles. He took part in singer’s meetings and conducted large, joined choir ensembles. At the turn of 1920-1921 he organised a 400-person National Choir and was on the jury of many competitions. He frequently gave his organ recitals, performing Baroque music, contemporary works of French composers and his own improvisations. Traditionally on Maundy Thursday the Poznań radio transmitted his organ recitals all over Poland.


In 1927 Nowowiejski resigned from his stable employment and totally devoted himself to composing and concert activity. In 1929, during a singers’ meeting, Nowowiejski conducted a choir composed of 20,000 singers that performed his Psalm 136 Jeruzalem – Ojczyzna/Psalm 136 Jerusalem – Homeland. In 1931 he became, beside J. Sibelius, P. Hindemith and A. Roussel, the honorary member of The Organ Music Society in London. Three years later (1934) he conducted his opera-ballet Malowanki ludowe/Folk Sketches in a cycle of composer concerts in Paris. In the same year M. Dupré performed his I Organ Symphony in Paris. In the years 1935-1939 Nowowiejski conducted the Civic Symphony Orchestra in Poznań, promoting the contemporary music (M. Ravel, A. Roussel, E Schmitt, I. Strawiński, T. Z. Kassern, T. Szeligowski). In September 1939, for fear of being arrested, he took a hiding in the Sisters of St. Elizabeth's hospital and later in Krakow, from which place he returned to Poznań in 1945. Soon he died and was buried in the Poznań Skałka, in the Crypt of the People of Merit in St. Wojciech’s Church.


Nowowiejski received the following awards and distinctions: an award of The British Musician association in a composer’s competition in London for his piano march Pod sztandarem pokoju/Under the Banner of Peace (1898); G. Meyerbeer prize – Prix de Rome (twice: first for his oratorio Powrót syna marnotrawnego/The Return of the Prodigal Son, Fugue for choir and orchestra and Romantic Overture in 1902 and later for Symphony in A Minor and Symphony in B Minor in 1904); the L. van Beethoven prize in Bonn for Swaty polskie/The Polish Courtship (1903); the 1st prize in a competition in Chicago for Cantata for choir, orchestra and organ (1907); a prize in a competition in Lvov for Żałobny pochód Kościuszki na Wawel/Kościuszko’s Funeral Procession to Wawel (1907); a prize in a competition commemorating the 100th anniversary of Chopin’s birth in Lvov for the solo song Zagasły już/Extinguished (1910); a prize in Arras for Méditation en mi majeur (1911); a distinction of the Organ Music Society in London for 9 Symphonies for organ (1931); the National Music Award of the Year granted by a circle of Warsaw musicians (1935). He was also honoured with the Papal Chamberlain title and in 1936 the Commander’s Cross of the Order of Polonia Restituta as well as the Honorary Medal of the United Polish Singing and Music Ensembles. Some of his manuscripts burned down in 1945 in the course of war operations, many of them went missing. The composer’s works are kept in the Raczyńscy Library and in private archives of the Nowowiejski family in Poznań.