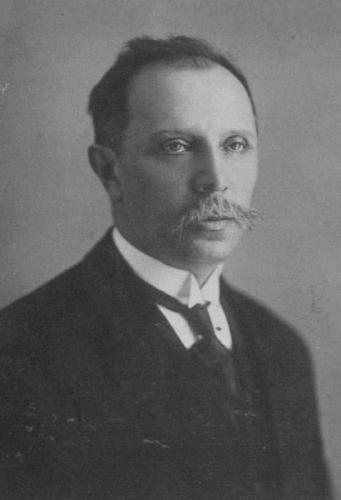 Maliszewski Witold born on 20 July 1873 in Mohylow Podolski on Dniester, died July 18, 1939 in Zalesie (near Warsaw). Polish composer and teacher. He attended the music school of the Imperial Music Society in Tiflis (now Tbilisi), and then went to St. Petersburg, where he studied mathematics at the university (the turn of 1891 and 1892) and medicine at the Military Medical Academy in the years 1893-1897. He also undertook musical studies at the conservatory in St. Petersburg in 1898-1902 with A. Bernhardt (theory) and Rimsky-Korsakov (composition). In 1902, he received a prize in the Prince K. Lubomirski Composition Competition for 10 piano pieces; he was also awarded for chamber music at a competition for composers organised by the Petersburg Chamber Music Society; in 1903 (for his 1st String Quartet), in 1904 (for his 2nd String Quartet) and 1905 (String Quintet). From 1908, he was active in Odessa: in the years 1908 to 1911 as conductor of the symphony orchestra of the Odessa Music Society, in the years 1908 to 1921 - as director of the Conservatory of Music and also professor of composition, harmony and counterpoint. From 1921 he was active in Warsaw: in the years 1921-1925 and 1931-1939 as a professor of composition and musical forms in the Conservatory of Music (W. Lutosławski was his student), in the years 1925 to 1927 as director of WTM, where he established the M. Karłowicz section. In 1929 he taught at the Chopin Higher School of Music in Warsaw, in 1927 he co-organized the first Chopin Competition in Warsaw, in 1934 together with M. Idzikowski he founded Frederic Chopin Institute (now NIFC). In the years 1927 to 1934 served as head of the music department at the Ministry of Religion and Public Education. Several of his pieces from the ‘20s and ‘30 gained awards: Suite for Cello and Piano, Op. 20 (a version of the Suite for Cello and Orchestra) - Second Prize at the A. de Smith International Competition for Composers in Paris (1923), Fantazja Kujawska for piano and orchestra – 1st place in the K. Łada Composers’ Competition in Warsaw (1929), the opera-ballet Syrena and Piano Concerto op. 27 — Polish State Recordings (1931 and 1938), Bajka for orchestra, Op. 30 – 1st place in the L. Kronenberg Competition for Composers, Warsaw (1932), Kołysanka for a cappella choir – a distinction at the competition of the Polish Singing Society “Echo-Macierz” in Lvov (1935) and the completion of Schubert's Seventh Symphony - 2nd prize at the F. Schubert International Composers’ Competition in Geneva (1928).
Copyright © 2013 PWM