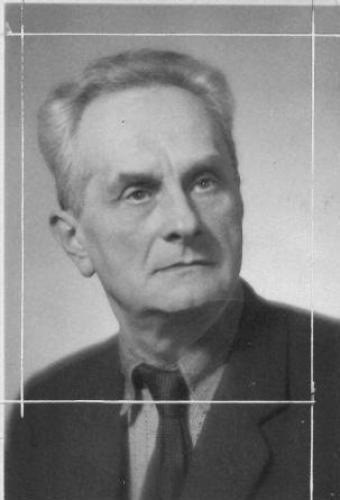 Witold Friemann, born 20 August, 1889, in Konin, died on 22 March, 1977, in Laski near Warsaw, Polish composer, pianist and pedagogue. He initially studied music under the direction of P. Romaszko (piano) and M. Zawirski (theory), then in 1909 he studied at the Warsaw Conservatory with Z. Noskowski and R. Statkowski (composition and orchestration), with A. Michałowski (piano) and possibly with P. Maszyński. In the years 1909-1913 he was in Leipzig and Meiningen, where he studied with M. Reger (composition) and J. Pembaur’s son (piano). His piano career, launched with a successful debut in 1914 in Leipzig, was interrupted by the outbreak of war; Friemann returned to the concert hall in 1921 in Lviv, where A. Chybiński brought him at the end of hostilities. He taught piano at the Polish Music Society Conservatory in Lviv (the concerto course) until 1929. During this time he became known as a composer, mainly because of his vocal lyricism (Ada Sari and others sang his songs) and piano works, which he often performed himself at composer concerts in Lviv. In 1929, he left Lviv and settled for 4 years in Katowice, where he organized the Silesian Music Conservatory, of which he became Director. At his initiative, the only Military School of Music in Poland was founded at this university. In 1933 Friemann moved to Warsaw, where he worked for Polish Radio, first as "musical controller," then as "reviewer of classical music." During the occupation, he participated in underground concerts. From 1946, he worked for 17 years as choir director and piano teacher in an institution for the blind in Laski, where he also remained after retirement. He was twice awarded the Golden Cross of Merit (1938, 1958), the Officer’s Cross of the Order of Polonia Restituta (1960), the Medal of the Pontificate of Pope Paul VI. In 1963 he was awarded Minister of Culture and the Arts Award second degree for his piano and vocal works.

Friemann considered himself a romantic. He treated his art emotionally, discarding any calculation. Over the last 30 years of his life he worked in conscious isolation from the musical environment, seeking rather to consolidate the gains of his individual musical language than to developing his technique.
Copyright © 2013 PWM