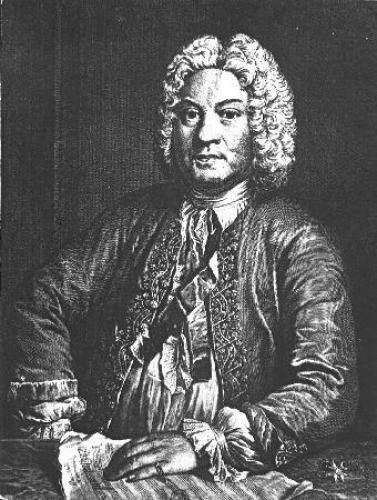 Bach Johann Sebastian was born 21 March, 1685 in Eisenach, died July 28, 1750 in Leipzig, German composer and organist. He came from a family with old musical traditions, was the youngest of six sons of Johann Ambrosius, town wait in Eisenach. He himself also had a large family; he had 7 children with his first wife Maria Barbara, with the second, Anna Magdalena – 13. Baptisms and funerals of children, of whom 10 died in infancy or at only a few years old, run thickly through the biography of the composer. In search of better living conditions, Bach moved from town to town, which marked the various stages of his musical path. And so for example, M. Bukofzer ("Music in the Baroque") places Bach’s works into five periods, including the three main: Weimar - organist, Köthen - teacher, Leipzig - cantor. Other researchers make similar choices.

De facto Bach played the organ all of his life, already in Arnstadt he was training a student choir, and in Weimar he undertook to regularly write cantatas, which later - when he was cantor at the church of St. Thomas in Leipzig – became his main task. These three strands of activity (organist, cantor, teacher) conditioned the nature of Bach’s works: he composed music exclusively linked to its function. In the field of music he was virtually self-taught. He learned to play on keyboard instruments and the violin at home, and later with his brother, Johann Christoph (organist in Ohrdruf), but he honed his technique of playing the organ himself by listening to old organists: G. Böhm (Lüneburg), A. Reiken (Hamburg ), D. Buxtehude (Lübeck), and the art of composition he learned by copying pieces by the masters of the Baroque.

He had a sense of his talent, and so fell into conflict with those around him, especially with his superiors (he had a dispute with the city council in Arnstadt, numerous disputes with the university, the municipal and church authorities in Leipzig, and a chronic conflict with the Rector, J.A. Ernest). For his contemporaries Bach was only an organist, a hired cantor, self-taught writing to order – his descendants saw his musical genius.
Copyright © 2013 PWM