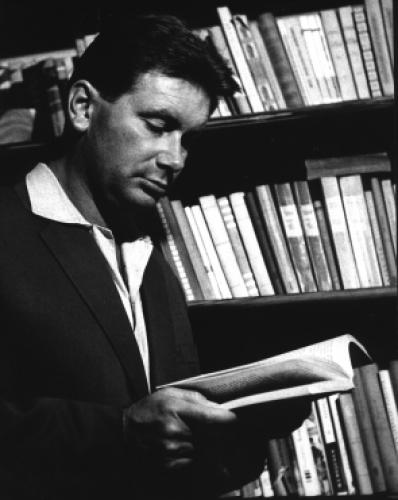 Tadeusz Baird was born on 26th July 1928 in Grodzisk Mazowiecki and died on 2nd September 1981. He studied composition privately under Bolesław Woytowicz and Kazimierz Sikorski during the Second World War, and in the years 1947-57 at the Conservatory of Music in Warsaw under Piotr Rytel and Piotr Perkowski. Besides he studied piano playing under Tadeusz Wituski and also musicology at the Warsaw University between the years 1948-51. In 1949 together with Jan Krenz and Kazimierz Serocki he founded the composers' "Group 49". In 1956 he co-operated in initiating the First International Festival of Contemporary Music " Warsaw Autumn". In 1977 as a full professor he was offered a teacher position of a composition class at the Warsaw Academy of Music, and also a membership of the Academie der Künste der Deutschen Demokratischen Republik – Berlin in 1979.
He wrote both large scale symphonies and chamber music, however, of great importance in his output are numerous vocal cycles inspired by the poetry. He wrote Tomorrow – a musical drama based on a short story by Joseph Conrad. He was also a composer of a film and theatre music.