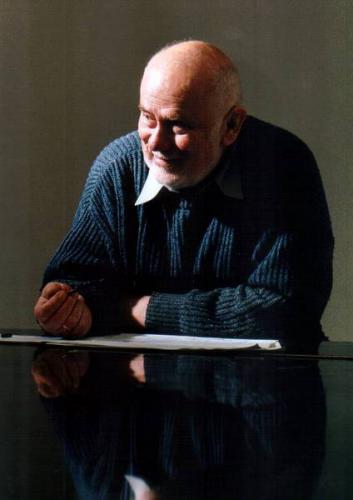 Zbigniew Bujarski born on 22nd August 1933 in Muszyna, a composer and teacher. He studied composition at the State College of Music in Cracow under Stanisław Wiechowicz. In 1961 he received a distinction at the Young Polish Composers' Competition organized by the Polish Composers' Union and in 1964 he won the 2nd Prize at the Grzegorz Fitelberg Composers' Competition. In 1967 his composition Contraria received a distinction at the UNESCO International Composers' Rostrum in Paris and in 1978 his Musica domestica won the 2nd Prize there. Z. Bujarski was twice awarded the Prize of the Minister of Culture and Arts, Second Degree (1979, 1987), the Polish Composers' Union Award (1984), the City of Cracow Award (1984) and the Alfred Jurzykowski Foundation's Award (1991). He was in charge of the composition class at the Academy of Music in Cracow.