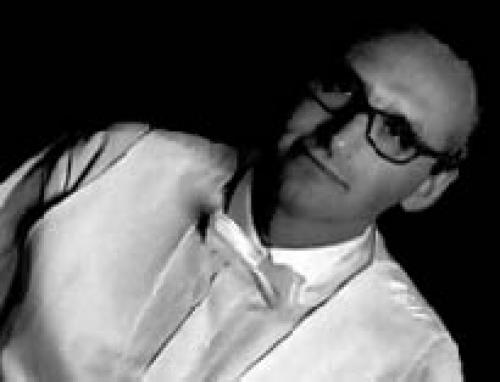 Krzesimir Dębski was born in 1953 in Wałbrzych. He studied composition with Andrzej Koszewski and conducting with Witold Krzemienski at the Paderewski Academy of Music in Poznań. Following graduation, he became interested in jazz. Since 1980, as a leader of the jazz ensemble "String Connection" he performed in 25 countries of Europe, in USA and Canada.

He was awarded numerous prizes: First Prize at the World Competition of Jazz Ensembles, Hoeillart (Belgium) in 1983; the Stanisław Wyspiański Award, Ministry of Culture, Warsaw 1985; prizes "for the musician, composer and violinist of the year" from the readers of the monthly magazine "Jazz Forum" in 1983 -86. In 1986, american magazine "Down Beat" listed him among the top-ten violinist in the world.
Dębski participated in many international festivals held in Paris, Berlin, Nürnberg, Helsinki, Reno (USA), The Hague, Montreal, Kongsberg, Baden-Baden.

Since 1986, he has curtailed his concert activities and concentrated primarily on composition; that year he received the First Prize at the Composers Competition on the 25thanniversary of the Spring Festival of Music in Poznań. In 1988 he was awarded Prize of the Canadian Film Academy "Genie Award"; also that year the Prime Minister, Award for his work for children. Since 1989 Krzesimir Dębski is a Deputy Chairman of the Polish Association of Contemporary Music. He writes music for film, theatre and experimental ensembles. He composed music for 50 features and TV films, produced both at home and abroad and writing over 40 works for symphony and chamber orchestras.

Recently, Krzesimir Dębski has made a number of successful recordings as a conductor, also of film music for Sony Classical Records, to mention a few. Last year, he was nominated for the American "Emmy Award '98" for film music to The Change Machine, a film by Andrzej Maleszka - Polish filmmaker.