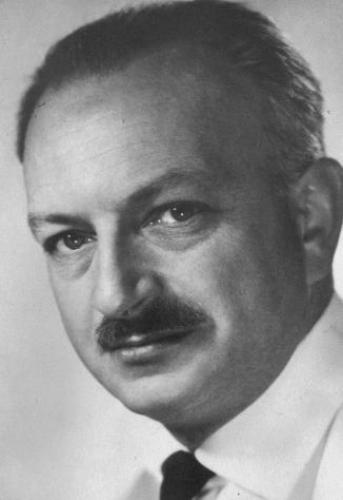 Andrzej Dobrowolski was born on 9 September, 1921 in Lviv, died 8 August 1990 in Graz, Polish composer and pedagogue. Initially, he learned music with B. Rutkowski (organ), S. Belina-Skupiewski (singing) and L. Kurkiewicz (clarinet). In the years 1945-1951 he studied at the PWSM in Krakow under the direction of S. Łobaczewska (theory) and A. Malawski (composition). Between 1947-1954 he taught theoretical subjects in the PLM and the PWSM in Krakow and in the years 1954-1976 in the PWSM in Warsaw, where from 1964 he also taught composition. From 1976, he was professor of composition and of electronic music, and since 1979 Dean of the Faculty of Composition, Theory and Conducting at the Hochschule für Music und Darstellende Kunst in Graz. He simultaneously developed a very active life in Poland with the Polish Composers’ Union (1954-1968 General Secretary), significantly contributing to activation of their work. In 1971 he recieved the Minister of Culture and the Art’s Award. Between 1967 and 1970 to 1972 he was chairman of the Warsaw Autumn Programme Committee. In 1990 he received an Award from the Styrian Government.
Copyright © 2013 PWM