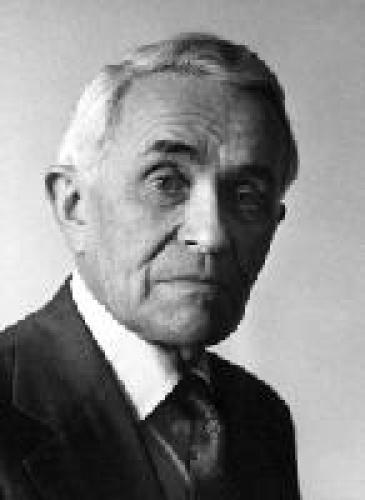 Jan Ekier - pianist, composer, editor of musical works and teacher, was born in Krakow on August 29th, 1913. He studied piano and composition with O. Stolfowa and B. Rizzi. In the years 1932-1934 he studied musicology at the Jagiellonian University under prof. Z. Jachimecki. His piano studies in the years 1934-1937 (Prof. Zb. Drzewiecki) and composition in the years 1934-1939 (Prof. K. Sikorski) took place at the National Conservatory of Music in Warsaw. In 1936 he was awarded third prize in the Polish Music Publishing Society Composition Competition for Highland Suite for orchestra. At the III Fryderyk Chopin International Piano Competition in Warsaw in 1937, he received 8th place. During the occupation Ekier learned to play the organ with B. Rutkowski at the Staatliche Musikschule in Warschau, realising the pre-war conservatory program. He was one of the most active musicians of the militant underground. After the war he continued his concert career. He ceased composing in 1956, his last piece being the soundtrack to the animated film Dwie Dorotki.

Jan Ekier undertook pedagogical activities when he was still in Krakow. In the year 1932/33 he taught solfege at the Wł. Żeleński School of Music, then thirteen years later (1946-1947) he led the piano class at the PSSM in Lublin. In the year 1947/48 he served as rector of the Academy of Music in Sopot. In the years 1953-2000 he taught piano at the State Higher School of Music in Warsaw (later AM, now UMFC); he was the head of the Piano Department in the years 1964-1972 and 1974-2000. His many students include P. Paleczny, B. Kawalla, A. Paleta-Bugaj, A. Jastrzębska-Quinn, T. Takahashi, I. Wyrzykowska-Mondelska, M. Szmyd-Dormus, A. Bereżyński. After 1960, Jan Ekier led numerous master classes, including in Germany, France, Italy, Netherlands, Brazil, Japan and China.

He began his editorial activities shortly after the war. Under the auspices of PWM’s Pedagogiczna Biblioteka Fortepianowa series of scores, in collaboration with Zb. Drzewiecki, J. Hoffman and A. Rieger he prepared books of scales and arpeggios and works by J.S. Bach for children and young people, then he independently arranged, amongst other pieces, the Inventions, Italian Concerto, Chromatic Fantasy And Fugue, and the French Suites. In 1959 he became editor-in-chief of the National Edition of the Works of Fryderyk Chopin. The first volume - Ballads appeared in 1967, and now the series has been completed.