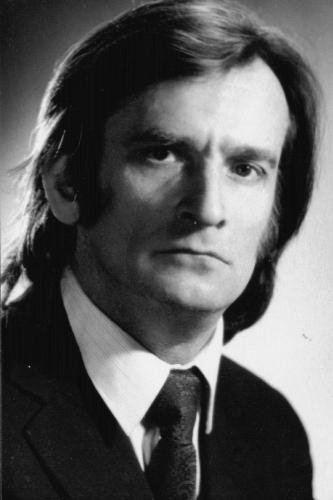 Born Nov. 28, 1928 at Czerwińsk on the Vistula. In 1952-53 he studied composition with S. Wiechowicz at the State Higher School of Music in Kraków (now the Academy of Music) and in the years 1953 to 1958 with T. Szeligowski the State Higher School of Music in Warsaw (now the University of Music). In 1969 he won the G. Fitelberg Competition in Katowice with Epitatis for orchestra, and in 1971 at the F. Nowowiejski Competition in Poznań he gained an award for Variations on a given theme for children's choir. In 1973 he received the Prime Minister's Award for work for children and young people. He died in August 17, 2015.