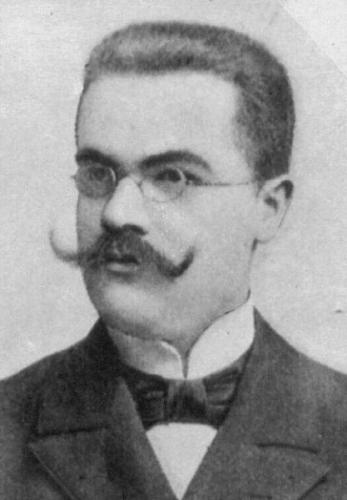 Tadeusz Joteyko, born 1 April, 1872, in Poczujki near Kiev, died 20 August, 1932, in Cieszyn, Polish composer, choral conductor and pedagogue. He began to learn the violin at the age of 12. In the years 1889-1891 he studied at the Conservatory in Brussels and in the years 1891-1895 at the Institute of Music in Warsaw, where he was a student of Z. Noskowski (composition) and A. Cinek (cello); already during his studies he began to work as a choral conductor. In 1897 he became Director of the Lutnia singing society in Radom. In the years 1900-1902 he was a cellist in the Grand Theatre in Warsaw, and from 1902 director of the musical societies in Łódź and Kalisz. In 1914 he settled in Warsaw, where he became a professor at the conservatory. He performed in Warsaw at numerous concerts as a conductor of choral ensembles, and during World War I, also as conductor of the symphony orchestra of the Philharmonic. He was active as a promoter of music; he organised concerts in schools, gave lectures about music, wrote books and articles. He was a co-founder and the President of the Association of Friends of Art, which organized and ran a series of concerts devoted to contemporary Polish music. In his last years he served as Vice-President and Treasurer of the Association of Polish Composers.
Copyright © 2013 PWM