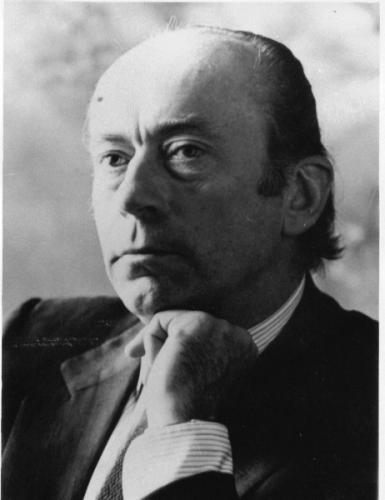 Polish conductor and composer, born 14th July, 1926 in Włocławek. During the German occupation he continued his education with  Zbigniew Drzewiecki (piano) and Kazimierza Sikorski (composition). In 1945-47 he studied conduction with Kazimierz Wiłkomirski and composition with Kazimierz Sikorski in the State Higher School of Music in Łódź, from which he graduated with honours.

As a conductor he debuted in 1946 in Łódź. In 1947-49 he was the second conductor at Poznań  Philharmonic. In 1949-1951 he worked with Grzegorz Fitelberg and the Polish Grand Radio Symphony Orchestra in Katowice (WOSPR), and after his death in 1953 he became the principal conductor and director of the Orchestra. There, he continued his work till 1968. With the WOSPR he gave many concerts abroad. In 1968-73 he was the artistic director of the Grand Theatre in Warszawa. Simultaneously he conducted the Danmarks Radio Orchestra in Kopenhagen and the Yomiuri Nippon Symphony Orchestra in Tokio. As a guest conductor he worked in the most important centers of musical life.  He appeared with the Berliner Philharmoniker, the Staatskapelle Dresden, the Leningrad Philharmonic Orchestra, the Concertgebouw Orchestra in Amsterdam and many London’s orchestras, or those in the United States (Detroit, New York). In 1979-82 he held the post of Generalmusikdirektor of the City of Bonn, where he conducted the Beethovenhalle orchestra. In 1983-85 he was associated with the Dutch Radio in Hilversum and in 2005-2008 he held the position of the Artistic Director of the Karol Szymanowski Krakow Philharmonic.

He participated regularly in the ‘Polish Autumn’ International Festival of Contemporary Music - and received twice (in 1969 and 1974) the ‘Gold Orpheus’ Award for performances of Polish music – as well as in festivals in Edinburgh, Bergen, Prague, Montreux, Osaca and Vienna.

As a composer he made his debut during the second world war by presenting String Quartet No. 1. He has composed both chamber and vocal music as well as symphonic pieces. Together with Tadeusz Baird and Kaziemierz Serocki he estabilished the ‘Group 49, which declared ‘a positive optimism’(it was a demand for a ccommunicative and not complicated music). During the 80’s. – after a 15 years’ brake – he came back to the composition (Missa breve, Musica da camera, Epitaphion, II Symfonia, Sinfonietta per fiati, III Symfonia).
He is also known as an author of a theatre and film music (e.g. Andrzej Wajda’s Canal, Andrzej Munk’s Eroica).