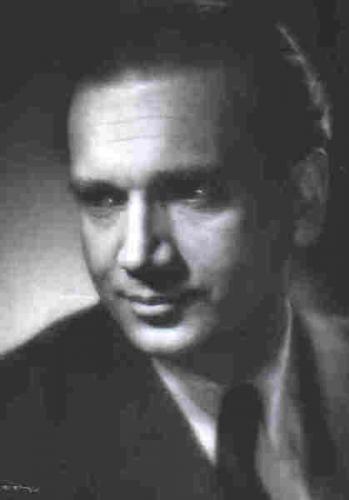 Artur Malawski, composer, violinist, pedagogue and conductor, was born in 1904 in Przemyśl, and died in 1957 in Kraków. Initially, he was taught piano by his mother; and violin, by local teacher J. K. Lepianko. From 1920-28, he studied at the Musical Society Conservatory in Kraków in the violin studio of J. Chmielewskiego, and received a diploma with silver medal. From 1927-33, he concertized in Kraków and other cities, as well as on Polish Radio, but as the result of an injury to his left hand, he had to abandon a virtuoso career. From 1928-36, Malawski was a professor of violin and music theory at the conservatory in Kraków. In 1936, he took up studies at the conservatory in Warsaw (composition with K. Sikorski, conducting with W. Bierdiajew), which he completed in 1939 with distinction. During the war, he led the choir and orchestra of the Ukrainian music theater and taught violin and chamber music at music school. From 1945 onwards, he taught theoretical subjects, and had conducting and composition studios at the State Music College in Kraków. He also lectured in conducting at the State Music College in Katowice. He received the title of associate professor. Malawski educated many composers and conductors, among them: R. Haubenstock, J. Katlewicz, T. Machl, K. Penderecki, I. Pfeiffer, W. Rowicki, B. Schaeffer, J. Semkow.
Malawski received numerous prizes and distinctions: Level III State Prize for Peaks (1952); Level II State Prize for compositional ouvre and pedagogical activity, as well as Minister of Culture's Prize for his Piano Trio and Symphonic Etudes (1955); Polish Composers' Union award for the whole of his career as a composer and pedagogue (1956); 2nd Prize for Variations, 3rd Prize for Toccata with Fugue in Variation Form, and honorable mention for Mountaineers' Triptych at the F. Chopin Competition (1949); Music Prize of the City of Kraków for artistic achievements (1957), with particular consideration to the Symphony no. 2.
Copyright © 2013 PWM