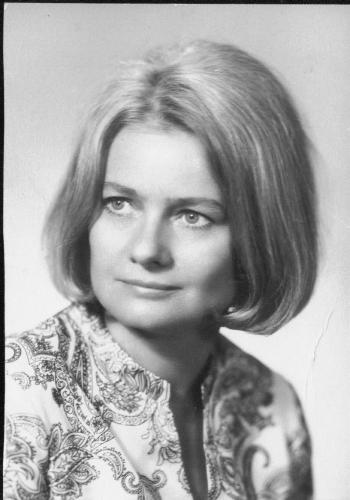 Matuszczak Bernadetta, born 10 III 1931, Toruń, Polish composer, born to a musical family. After finishing the Secondary Music School in Toruń from the piano class, she started studies at the PWSM in Poznań - composition with T. Szeligowski, music theory with Z. Sitowski and piano with I. Kurpisz-Stefanowa. In 1958 she graduated with distinction in music theory and took a job at the university as an assistant, interrupting her studies in other subjects. She continued her composition studies with T. Szeligowski at the PWSM in Warsaw, and after his death - with K. Sikorski, gaining a Diploma in 1964. In 1968, with a French Government scholarship, she took complementary studies in Paris under Nadia Boulanger. Awards: 1965 in the Youth Competition of the Polish Composers’ Union, in 1966 – 2nd prize in the Grzegorz Fitelberg Competition for Composers (for "Septem tubae"), in 1967 – a prize in the Jeunesses Musicales Competition (for "Musica da camera"), twice (1973 and 1979) the Prix Italia (for "Humanae voces" and "Apokalypsis").