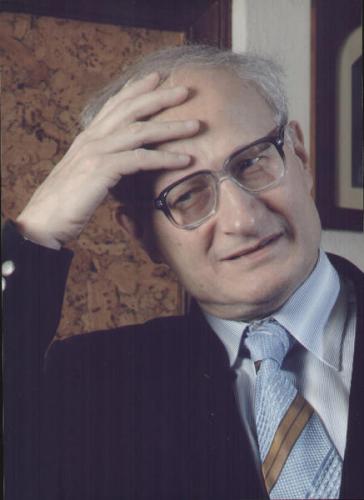 >He studied in Cracow with S. Wiechowicz and K. Penderecki as well as in Paris with N. Boulanger. A composer, pianist, he practises writing about music (the author of a book on Shostakovitch and Lutosławski), a winner of many prizes, a musical life organizer, he has performed important public functions (a vice-rector of the Academy of Music in Cracow between 1972-75, since 1987 a professor in Hochschule fur Musik in Cologne, between 1985-89 the president of the Polish Composers' Union). A composer with rich and varied creative output, he is characterised by exceptional ease of narration and a sense of form; his musical idiom has evolved in the direction of abstract thinking, atonal harmonies, attaining (in the last string quartets) concentration and expressive transparency. His music is available on records (Muza, Olympia, Koch Schwann, Classicord, ISPV, Erato).