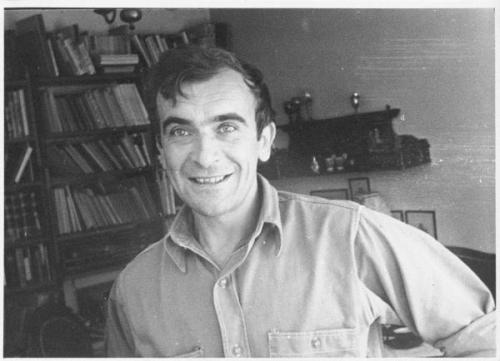 Edward Pałłasz, born 30 August 1936 in Starogard Gdański, Polish composer. In 1964 he completed his studies in musicology at Warsaw University. Earlier he had undertaken studies at the Mechanical Technology Department at the Gdansk and Warsaw Polytechnics.

He was a self-taught composer. In the years 1954–62 he worked in the student theatre in Gdansk (Bim-Bom) and Warsaw (STS); his first music theatre compositions date from this period. In the years 1964–66 he was the musical manager of the Komedia theatre in Warsaw. In the years 1969–75 he lectured at the PWST in Warsaw. From 1984–88 he was vice-president, and from 1988 to 1993 the president of the Stowarzyszenie Autorów ZaiKS (Writers’ Society ZaiKS).

From 1997, he again took the role of vice-president. In the years 1981-1996 he was a member of the Repertoire Committee of the International Festival of Contemporary Music "Warsaw Autumn", from 1979 to 1997 a member of the Board of the ZKP (Polish Composers’ Union (1979-1981 treasurer, 1981-1983 vice-president)). He was a founder of the Committee for Understanding Between Creative Associations and Scientific Societies (1980) and a member of the Cultural Committee for the President of Poland, L. Wałęsa. Between 1995-98, he served as managing director of PR Program II.

Since 1999 he is deputy managing and artistic director of the Warsaw Chamber Opera. He received the Radio Bratislava Prix De Musique Folklorique (1973) for Łado, Łado and he has received first prizes six times: in 1974 the Polish Radio Competition for Pod Borem Czarna Chmara, in 1976 at the G. Fitelberg Competition in in Katowice for his Symphony "1976", in 1988 at the K. Szymanowski Competition for Trzy Pieśni Kaszubskie, in 1984 at the Guido d'Arezzo Competition in Arezzo for De Beata Virgine Maria Claromonatana, in 1990 at the competition in Trento for Brandelli Di Cielo, in 1991 at the J. Maklakiewicz Competition for Dziewczyna o Płowych Włosach, and also in 1979, the Prime Minister's Award for his work for children, in 1986 the President of the Polish Radio Award for his compositions for radio, and in 1989, the MKiS award, 1st degree.2.

In 2005 Pałłasz was honoured by the Artistic Ensemble of the Polish Radio Theatre with the Honorary Grand Splendor award. In 2012 he received the Commander's Cross with Star of the Order of Polonia Restituta from the hands of the President of Poland, Bronisław Komorowski