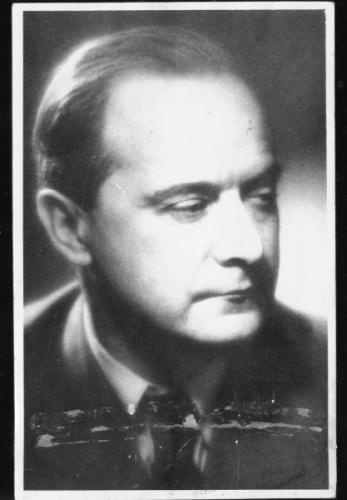 Born on 17 March 1901 in Oweczacze in the Ukraine, he died on 12 August 1990 in Otwock. He was not only a composer, but also a teacher as well as a music organizer. Between 1923 and 1925 he studied composition with Roman Statkowski at the Warsaw Conservatory and, privately, with Karol Szymanowski. Between 1926 and 1928 he continued his studies in Paris with Albert Roussel, attending also the Ecole des Sciences Politiques. In December 1930 he returned to Poland to become director of the Society of the Friends of Symphonic Music. Until 1939 he was a  member of the board and vice-president of the Polish Section of the International Society for Contemporary Music and between 1931 and 1935 also a member and vice-president of the Polish Music Publishing Society. From 1931 he also sat on the board of the Polish Composers' Association. Between 1936 and 1939 he was director of the Conservatory as well as director and vice-president of the Pomerania Music Society in Toruń.

He spent the years of German occupation in Warsaw where he was active in the resistance movement as an organizer of mutual-aid actions; he also organized concerts, both open and underground, and taught music theory and composition. As head of several committees he prepared plans of the revival of musical life after the liberation. He took part in the Warsaw Uprising under a pseudonym "Dr Puławski". After the capitulation he founded Polnische Rotes Kreuz Transportgruppe, with the aim to evacuate the young Home Army combatants as well as the wounded and sick people from Warsaw. After the liberation (until March 1945) Perkowski was president of the Musicians' Trade Union Organizing Committee and a co-organizer of the Polish Composers' Union as well as the State Higher School of Music and other institutions in Cracow. From April to June 1945 he was director of the Music Department at the Ministry of Culture and Art as well as president of the Chief Verification Committee for Musicians in Warsaw.