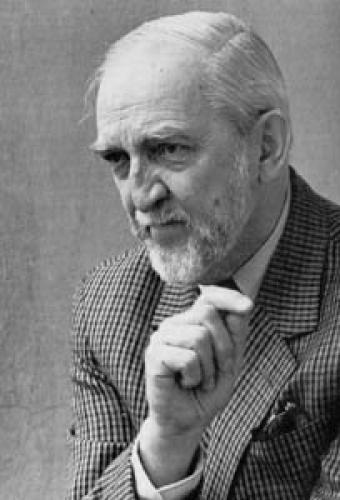 Composer, playwright, graphic designer, theorist, music critic and lecturer. Born in Lviv, 6 June 1929. He began learning music in Opole (violin), then studied composition at the PWSM in Kraków with A. Malawski. In 1953 he graduated in musicology from the Jagiellonian University where he studied with Z. Jachimecki.

In the ‘50s he worked briefly for Polish Radio, PWM and the Institute of Musicology of the Jagiellonian University. In subsequent years he developed a lively activity of scientific journalism. Since 1959, he has devoted himself almost entirely to composing. He has won many composition competitions, national and international awards. Since 1963 he teaches composition at the Music Academy in Kraków. He is a member of the "Kraków Group", an artistic grouping which brings together representatives of the avant-garde in plastic and musical arts. He is an organizer and performer of new music concerts (including with MW2 Ensemble and Muzyka Centrum). He is the author of numerous scientific papers and popular reports, including „Nowa muzyka - problemy współczesnej techniki kompozytorskiej” ("New Music - The Problems Of Contemporary Compositional Technique", 1969), „Klasycy dodekafonii” ("Dodecaphonic Classics", 1961, 1964), „Mały informator muzyki XX wieku” ("Small Music Informer Of The Twentieth Century", 1975), „Wstęp do kompozycji” ("Introduction to Composition", 1976), „Leksykon kompozytorów XX wieku” ("Lexicon Of Composers Of The Twentieth Century", 1963, 1965). Since the mid-1980s he is also a professor of composition at the Hochschule für Musik "Mozarteum" in Salzburg.

Among the contemporary Polish avante-garde composers, Schaeffer was the only one whose rich creativity cannot be expressed in terms of a specifically defined style. Schaeffer's work is unique through the composer’s absolutely uncompromising inquisitive, researching nature; each work is a separate "treaty" on the subject of composition - whether in the field of structural issues, colouristic-timbral, a new type of expression, emotional expression or instrumental technique. Schaeffer was also one of the representatives of the few so-called "third stream", i.e. operating with elements of both classical music and jazz. He also cultivates types of art such as visual music, graphic, instrumental theatre, happenings, action music, and music for actors. Of Schaeffer's major compositions it is worth mentioning: Music for Strings - Nocturne (1953), Topofonica for 40 instruments (1960), Jazz Concerto (1969), Harmony and Counterpoint (1976), Missa Eletronica for boys' choir and tape (1975), TIS MW2 (1963), Quartet for 4 actors (1966), Symphony in 9 movements (1973).