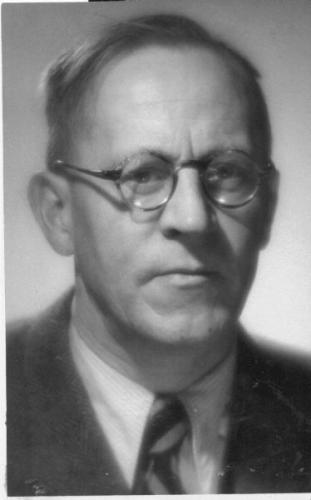 Music theorist, composer and pedagogue. Born June 28, 1895 in Zürich, died July 23, 1986 in Warsaw. In the years 1911 to 1919 he attended the Warsaw Music Society Higher School of Music, where he earned a Diploma in composition under the tutelage of Felicjan Szopski. He also studied philosophy and law at the Warsaw University Faculty of Philosophy and Musicology under the direction of Adolf Chybiński at Lviv University.

In 1921 he took a job as a teacher at the Helena Kijeńska-Dobkiewiczowa Music Conservatory in Łódź, where he taught harmony, counterpoint, solfege, musical forms and instrumentation until 1925. In 1925 he received a scholarship of the Ministry of Religious Denominations and Public Enlightenment and began annual studies with Nadia Boulanger in Paris, which still continued briefly in 1930. After returning home he worked first in 1926-27, at the State Conservatory of Music in Poznań, and then from 1927 to 1939 at the State Conservatory of Music in Warsaw. In the years 1928-1933, together with Adolf Chybiński he was co-editor of "Musical Quarterly", then transformed into the journal “Muzyka Polska” ("Polish Music"). In 1928, together with Tadeusz Ochlewski, Bronisław Rutkowski and Teodor Zalewski he founded the Society for Polish Music Publishing. In addition, he was a founder member and from 1932 member of the board of the Polish Composers’ Union, in the years 1928 to 1930 he was deputy chairman of the Polish Section of the International Society for Contemporary Music.

In 1975 the State Higher School of Music in Warsaw, awarded him an honorary doctorate.
Copyright © 2013 PWM