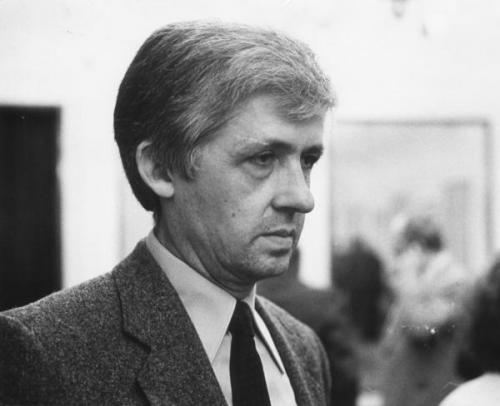 >Born on 21st March 1936 in Piekary Śląskie (Silesia, Poland), a composer and teacher. He studied composition and theory of music at the State College of Music in Cracow under Krzysztof Penderecki. Between 1967 and 2004 he was a lecturer and since 1993 - rector of the above college (since 1979 - the Academy of Music). He also lectured at the Musicological Institute attached to the Jagiellonian University, at the Yale School of Music and at the Rubin Academy of Music and Dance in Jerusalem. He also ran seminars during the 'Gaudeamus' Music Week (1979, 1984) and the Durham New Music Courses (1978). Marek Stachowski received many awards, including mention at the International 'Gaudeamus' Competition (1968), 1st Prize at the Artur Malawski Competition (1968), mention at the International Competition of the Solidarity Committee in Skopje (1969), 1st Prize at the Karol Szymanowski Competition (1974), mentions at the UNESCO Rostrum of Composers in Paris (1974, 1979, 1990), the Award of the City of Cracow (1979), the Award of the Polish Composers' Union (1984), the Award of Alfred Jurzykowski Foundation, New York (1990). Marek Stachowski remained in close relation with the Polish Music Publishers since 1970. Died on 3rd December 2004 in Kraków.