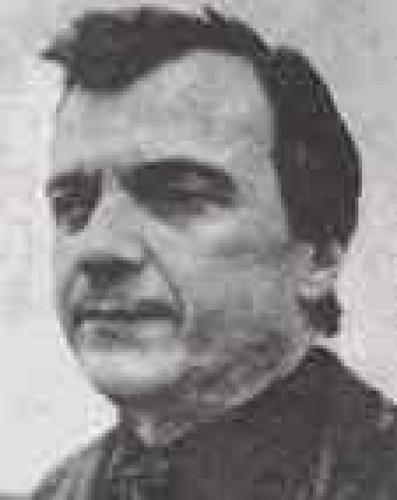 Born in 1930 in Czechowice-Dziedzice, studied piano with Stefania Allinówna, theory of music with Adam Mitscha and composition with Bolesław Woytowicz at the Academy of Music in Katowice. He was a scholarship holder at the Accademia Santa Cecilia in Rome, where he was in Goffredo Petrassi's class. Since 1955 he has been working at the Katowice Academy of Music, and has been a professor of composition there from 1979. Between 1986-1998 he was head of the Institute of Musical Pedagogy at the branch of the Silesian University in Cieszyn. He was also head of the Union of Silesian Singing and Instrumental Societies. He lectures at courses for conductors and musical instructors and sits on juries of composition and singing competitions.

He was awarded the Silver and Gold Crosses of Merit, Prizes of the Ministry of Culture and Art (1973, 1975), the Prize of the Prime Minister for his output for children (1986), the Chevalier Cross of the Order of the Restoration of Poland (1980), and Silver and Gold medals "for Contributions to the Development of the Katowice Voivodship". In 1994 he received the President of Katowice Prize. He is the author of three operas, eight oratorio works, six masses, three piano concertos, chamber works, solo songs with piano, about two hundred songs for unaccompanied choir and with instrumental accompaniment.