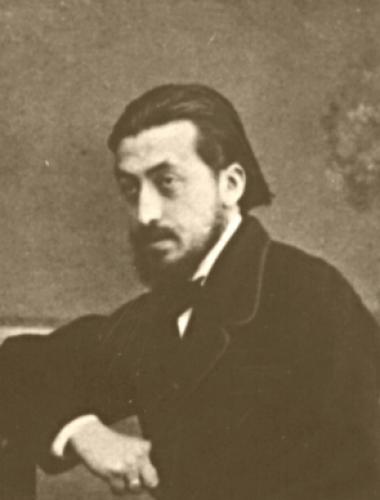 Henryk Wieniawski was born in 1835 in Lublin. He took his first music lessons in his native town and completed studies with Lambert Massart in Paris graduating with distinction.

Together with his younger brother, Józef, and outstanding pianists, he undertook a series of concerts in the biggest musical centres of Poland, Russia, Germany, England and France. From 1860 he stayed in St. Petersburg, where he held the post of concertmaster to the imperial court as well as that of conservatory professor. A tour of America between 1872-74, together with Antoni Rubinstein, established his reputation world-wide. After his return Wieniawski took over the post of conservatory professor in Brussels, replacing Henri Vieuxtems. From 1879 he again lived in Russia, dying in Moscow in 1880.


Wieniawski's performing activities were combined with his compositional work. As a sensational violinist, often compared to Paganini, he developed a brilliant performance style. He composed concertos, studies, dances, fantasies on opera themes and show pieces. He availed himself of the full range of virtuosic techniques. Józef Joachim, the great violinist and authority of those times, wrote about Wieniawski in his diary: 'e has always been the most extravagant and reckless virtuoso that I have ever seen. Unless one has witnessed his most daring, acrobatic jumps, one cannot imagine what Wieniawski's left hand is capable of achieving.