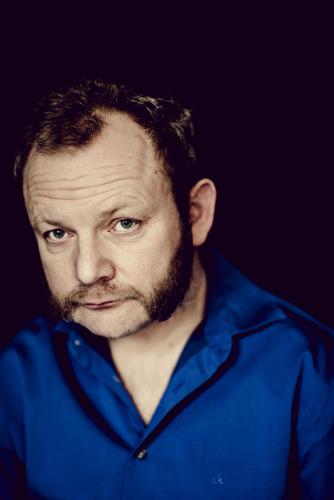 Paweł Mykietyn was born on 20th May 1971 in Oława. He studied composition under professor Włodzimierz Kotoński at the Fryderyk Chopin Music Academy in Warsaw (diploma in 1997). He took part in The Summer Composition Courses in Kazimierz Dolny (1991, 1992, 1993) and Gaudeamus Music Week in Amsterdam (1992). He has attended lectures of such composers as Krzysztof Penderecki, Witold Lutosławski, Henryk Mikołaj Górecki, Michael Nyman, Magnus Lindberg, Louis Andriessen or Francoise Bernard Mache

At the age of 22 he made his Warsaw Autumn Festival debut with “La Strada”. In 1995 his composition “3 for 13”, commissioned by Polish Radio, was placed first in the under 30 category at the UNESCO International Composers Rostrum in Paris. Next year his composition “Epifora”, commissioned by Experimental Studio of Polish Radio took First Award in the category of young composers at the 4th UNESCO International Rostrum of Electroacoustic Music in Amsterdam; in addition it won one of the four nominations in the general category.

He has written music for the Warsaw Autumn Festival, Teatr Wielki – Polish National Opera and for ensembles such as de Ereprijs, the Belcea Quartet, Icebreaker and Kronos Quartet.

In January 2000 Paweł Mykietyn won “Paszport Polityki”. The same month his composition “3 for 13” was presented at the Midem Classique in Cannes.

In 2011 he was honoured with Knights of the Order of Polonia Restituta. In 2012 he was awarded a prestigious award Prix for Musique Sacem France for music to the film “Essential Kiling” of Jerzy Skolimowski.

Paweł Mykietyn was the founder of, and clarinetist in, the ensemble “Nonstrom” which specialized in the performance of contemporary music.

Since 1996 he has composed music for the most of Krzysztof Warlikowski productions. Since 2008 he has been the musical chief in Nowy Teatr in Warsaw. He composed music to many feature films for which he was awarded during Polish Film Festival Gdynia.

The most important compositions:

Concerto for piano and orchestra (1996)

Concerto for harpsichord and orchestra (2002)

“Mark Passion” for voices and instruments (2008)

“Vivo” for choir, orchestra and electronics (2010)