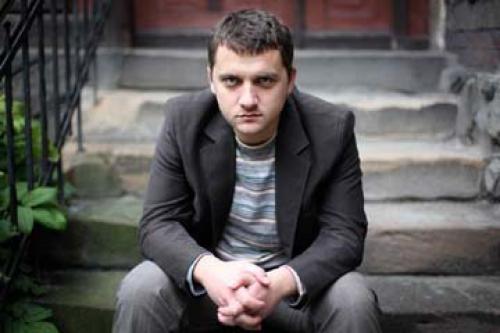 Born in 1979 in Gliwice, where he started his music education around the age of 14. Some two years later, he began composing under the direction of Uliana Bilan.

His works have been performed at numerous festivals and concerts in Europe and USA, such as: “Velvet Curtain 2” Festival in Lvov, New Music Festival in Louisville, “Summer Music Festival” in Rycerka Górna and “The Composition, Education, Interpretation and Jazz Department Days” at the Academy of Music in Katowice.
In June 2007 his piece Fiddler’s Green and White Savannas Never More, commissioned by the “Warsaw Autumn Friends’ Society” with support of the Ernst von Siemens Foundation, was presented by the Polish Radio during the 54 UNESCO International Rostrum of Composers in Paris.

Aleksander Nowak is a recipient of the University of Louisville Graduate Dean’s Citation, Moritz von Bomhard Fellowship, the President of Gliwice City Award and the Silesian Marshall Award. In 2008, his piece Last Days of Wanda B. was nominated to the OPUS Award, given by Polish Public Media.