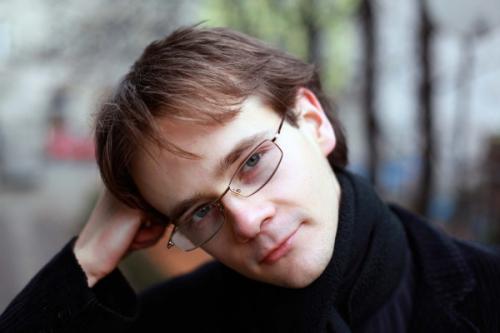 MICHAŁ JAKUB PAPARA – composer and music theorist, a member of the Youth World of the Polish Composers' Union. He was born in 1984 in Kraków, where he graduated from the S. Wiechowicz State Music Primary School and the W. Żeleński Secondary School (in violin). In 2006 he received a Bachelor's degree in musicology at the Jagiellonian University, and in 2010 graduated with honours in Music Theory from the Academy of Music in Kraków. He is currently a diploma year student in composition in prof. Józef Rychlik’s class.

The composer mostly creates chamber, instrumental and vocal-instrumental and electronic music. For several years he has been working with students of animated film at the Graphics Department at the Jan Matejko Academy of Fine Arts in Kraków (prof. Jerzy Kucia’s studio), to create music for animation and animated films. He is also the author of arrangements and adaptations of works by other composers. In March 2012, Polskie Wydawnictwo Muzyczne published his piano transcriptions of popular songs and themes from film music by Wojciech Kilar.

Michał Jakub Papara was awarded the Minister of Culture and National Heritage Scholarship for outstanding academic achievement and artistic successes, the scientific scholarship of the Royal City of Kraków for gifted students and doctoral students of universities in Kraków, and also holds a scholarship from the Sapere Auso Foundation.