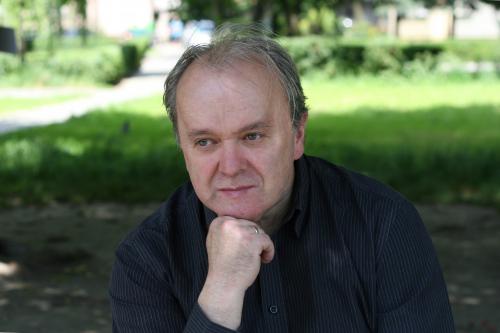 Henryk Jan Botor was born on 16th March 1960 in Tychy. He began his music education with private piano lessons and continued in the schools of music in his hometown and in Bielsko-Biała. He studied music education, composition (under the direction of professor M. Stachowski) and organ in the class of professor M. Semeniuk-Podraza at The Academy of Music in Kraków. He improved his skills in the Netherlands in 1988 with J. Jongepier and during The Summer Academy for Organists in Haarlem under the direction of H. Haselbock and A. Bondeman.

Except for the very popular and frequently performed choral works, Henryk Jan Botor is also known for his symphonic and chamber music, works for piano, organ and songs. He is especially interested in the symphonic orchestra and its yet not enough explored dimension along with conventional usage of instruments.

His music can be also heard in the documentary films directed by Jerzy Ridan, for example My name is Kinga/Imię moje Kinga, Pilgrims/Pielgrzymi and My city/Moje miasto.

Henryk Jan Botor currently teaches organ and piano improvisations at The Academy of Music in Kraków.