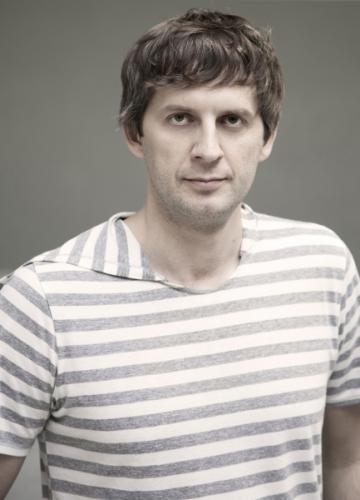 Composer, lawyer, and educator, author of the concept of musical ‘aftersounds’. He studied law at the University of Łódź, music theory with Marta Szoka and composition with Zygmunt Krauze at the G. and K. Bacewicz Academy of Music in Łódź. He then took up postgraduate studies with Ivan Fedele at the Accademia Nazionale di Santa Cecilia in Rome (2007–2010), and at the Institut de Recherche et Coordination Acoustique/Musique in Paris (2011–2014).

Stańczyk’s output includes symphonic, chamber, stage, electronic, and film music, multimedia and intermedia spectacles. He has won prizes in more than a dozen international composers’ competitions, including (as the only Pole) the Toru Takemitsu Composition Award (2013), Japan’s most important prize in the field of composition.

His artistic residencies have included the City of Paris (2014), Centre International des Récollets (2013), Cité internationale des arts (2014), Bogliasco Foundation (2018), Civitella Ranieri Foundation (2018), and the Musica Polonica Nova festival (2018). He has received two nominations for Coryphaeus of Polish Music and five for the ‘Passport’ Award of the ‘Polityka’ weekly.

Inspired by Władysław Strzemiński’s painting cycle Afterimages of the Sun, he set out to translate this optical phenomenon into sound. In his music real-life sounds coexist with imagined contents, and intuition – with calculations and reflections. The idea of aftersounds has led the composer to musique acousmatique instrumentale. It is acoustic music that may be experienced as electronic acousmatic music, that is, as sound moving in space without simultaneous observation of moving musicians.

Marcin Stańczyk’s music has been performed by such well-known ensembles as Klangforum Wien, Ensemble intercontemporain, Ensemble Musikfabrik, Neue Vocalsolisten, Bang on a Can All-Stars, and Tokyo Philharmonic, throughout Europe as well as in Asia, both Americas, and Australia, including during prestigious festivals such as La Biennale di Venezia, Manifeste, Huddersfield Contemporary Music Festival, Bang on a Can Marathon, MATA, Espaces Sonores, Sacrum Profanum, and the Warsaw Autumn.

Stańczyk works at the Regional Administrative Court in Łódź and as a professor at his alma mater, where he teaches a composition class, gives lectures, and holds the function of Rector’s Proxy for Equal Treatment. Since 2016 he has represented Poland in a programme of economic and cultural exchange between China and sixteen European countries.