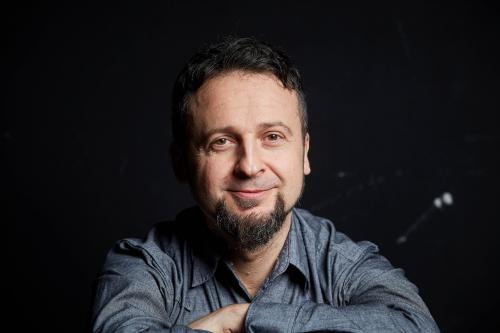 Paweł Hendrich was born in 1979 in Wrocław (Poland). After studying engineering and economics at the Wrocław University of Economics he studied composition with Grażyna Pstrokońska-Nawratil at the K. Lipiński Academy of Music in Wrocław. In the fall of 2005/06 he attended York Höller’s composition class at the Hochschule für Musik in Cologne. Since 2008 he has been on the faculty of the K. Lipiński Academy of Music in Wrocław as adjunct. In 2012 he obtained the degree of Doctor of Musical Arts. He currently is the artistic director of Musica Polonica Nova Polish Contemporary Music Festival in Wrocław and a member of the International Festival of Contemporary Music Warsaw Autumn repertoire committee.

He has won several awards and scholarships. In 2007 he has been included in a four-year programme of 13 composers' promotion run by the European Krzysztof Penderecki Music Centre. In 2010 he became a member of the Academy of Young Scholars and Artists. In 2017 he received The Decoration of Honor Meritorious for Polish Culture awarded by the Ministry of Culture and National Heritage of the Republic of Poland.