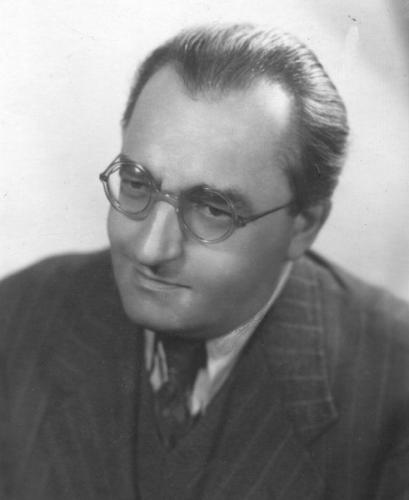 Feliks Bronisław Tymoteusz, pseudonym Alban Ryks, Zbigniew Szarecki, was born on 24th of January 1899 in Warsaw and died there on the 24th of August 1978. Polish composer, conductor and educator. From 1920–24(?) he studied  composition under R. Statkwoski and conducting with E. Młynarski and H. Melcer at the Waraw Conservatory. Then, in the years 1930-31 he continued his composition studies with W. Maliszewski and L. Różycki. He made his debut as a conductor at the Warsaw Philharmonic in 1926. He led amateur voices, school instrumental ensembles and choirs. In 1927 he became the second conductor of the „Lutnia” singing society. From 1933–35 he led the choir and orchestra at the Central Military Works in Rembertow, and from 1937 to 1939 the Oratory Choir of the Warsaw Philharmonic. He worked as a composer and conductor with the Polish Radio, and Warsaw theatres. In parallel, he taught singing in secondary schools in Warsaw and lectured at the Karłowicz School of Music and the College of Music of which he was a co-founder. During the German occupation, he taught piano, performed in the cafes of Warsaw, led the choir and put on operettas in the Warsaw City Theatre. From 1945 he worked for Polish Radio in the music and youth department as a conductor and composer, and conducted choirs in the electric and gas power plants in Warsaw. During 1951-53 and 1958-59 he was professor of conducting in the State Higher School of Music in Sopot, in 1956-57 he ran a course for military conductors at the State Higher School of Music in Warsaw. In the years 1957-70 led the orchestra and choir of the Warsaw State Music School.

Feliks Rybicki received I prize in the Polish Lyre competition in Warsaw for Jej obraz — kartka z albumu (‘Her Picture - Pages From An Album’), III prize in the Polish Lyre competition for Petite valse, I prize in the Singing Society’s competition “Echo–Macierz” for Opowieść o tęskniącej królewnie (‘Tales of the Longing Princess’) for mixed choir (1931), the Prime Minister’s Award for work for children (1952, 1977),  Knight's Cross of the The Order of Polonia Restituta (1956), a distinction from the Ministry of Culture and Arts for his work in teaching (1959), and the State Award of the third degree for artistic creation (1962).

His output has been collected in more than 50 opus numbered works including orchestral, vocal-instrumental music, vocal, chamber works and piano works. Among these last were many special interest works of a pedagogical nature such as Mały modernista (‘The Little Modernist’), Gram wszystko (‘I Play Everything’), Zaczynam grać (‘I Am Beginning To Play), Już gram (‘I Can Already Play’) and the highly popular Koncert dla małych rąk w wersji na fortepian, 2 orkiestry smyczkowe i perkusję (‘Concerto For Little Hands For Piano, 2 String Orchestras and Percussion’).