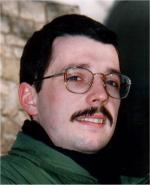 The International Succes of Earthsumption

2006 Annual Prizes of the Ministry of Culture and National Heritage

On 3 June 2006, at the Great Hall of the Royal Castle in Warsaw, Minister Kazimierz Michal Ujazdowski presented the Annual Prizes of the Minister of Culture and National Heritage.
more