The premiere of 'Missa solemnis' by Marta Ptaszyńska 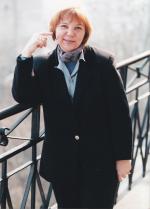 The premiere of Missa solemnis ad honorem Sancti Joannis Pauli II by Marta Ptaszyńska will take place in Warsaw on 16th March. The staging of the mass will celebrate the 200th anniversary of Warsaw University. Among the artists we can find: Marta Boberska, Anna Radziejewska, Jarosław Bręk, Mixed Choir and UMFC Symphony Orchestra conducted by Ryszard Zimak.

Meditations by John Paul II, published in 2014, became an incentive to compose this work. Marta Ptaszyńska talks about the secrets of working on the composition, its shape and inspirations:

Missa solemnis is a form whose traditions are deeply rooted in the history of music. It contains references to grand names, is a massive formal structure, and, what follows, a big challenge for a composer.

For years I have considered writing such a mass. However, I lacked inspiration. It is a very difficult form: you need adequate possibilities, afflatus and the inspiration which, in this case, was sparked by superb texts – texts by Pope John Paul II. Initially I intended to write Meditations for them; later those Meditations perfectly matched the mass. I composed the mass for two choirs and an extended chamber orchestra. Within the Ordinary I implemented Meditations designated for soloists.

So, do Meditations provide a kind of a commentary for a liturgical text?

Meditations are both the continuation of liturgical texts as well as their commentary. What is more, they feature a direct reference to specific parts of the mass, e.g. after Gloria I used the texts by John Paul II that refer to the meaning if this word or include it.

These texts are associated with a specific situation since they were not meant for publishing.

I found the words used in my Missa solemnis in a book with texts by John Paul II, published by Znak publishing house. The Pope did not want anyone to access them, therefore he ordered to destroy them after his death. However, Cardinal Dziwisz acted differently and, to me, it was a right decision, as these texts made the foundation of my work.

Meditation V has a special significance. Yes, soloists sing in all Meditations, but Meditation V also features a choir, whose part is treated as a recitative – the text is spoken. This idea dawned on me when I heard (a long time ago) Bernstein’s mass. I liked his rhythmic approach towards texts; such an application brings a lot of freshness into the work. Between my Benedictus and Agnus Dei we hear Meditation, which is exactly such refreshing rhythmic breathing that gives a lot of positive energy. It is worth mentioning that texts by John Paul II selected for this fragment are just as jolly.