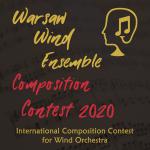 On 18 May, PWM Edition together with the Warsaw Wind Music Association announced the first edition of the composition contest, the subject of which was to write the premiere composition for a concert wind band. To the competition were qualified 31 works in the international category and 18 compositions sent by Polish authors.

We present the winners

of the International Composition Contest for Wind Orchestra 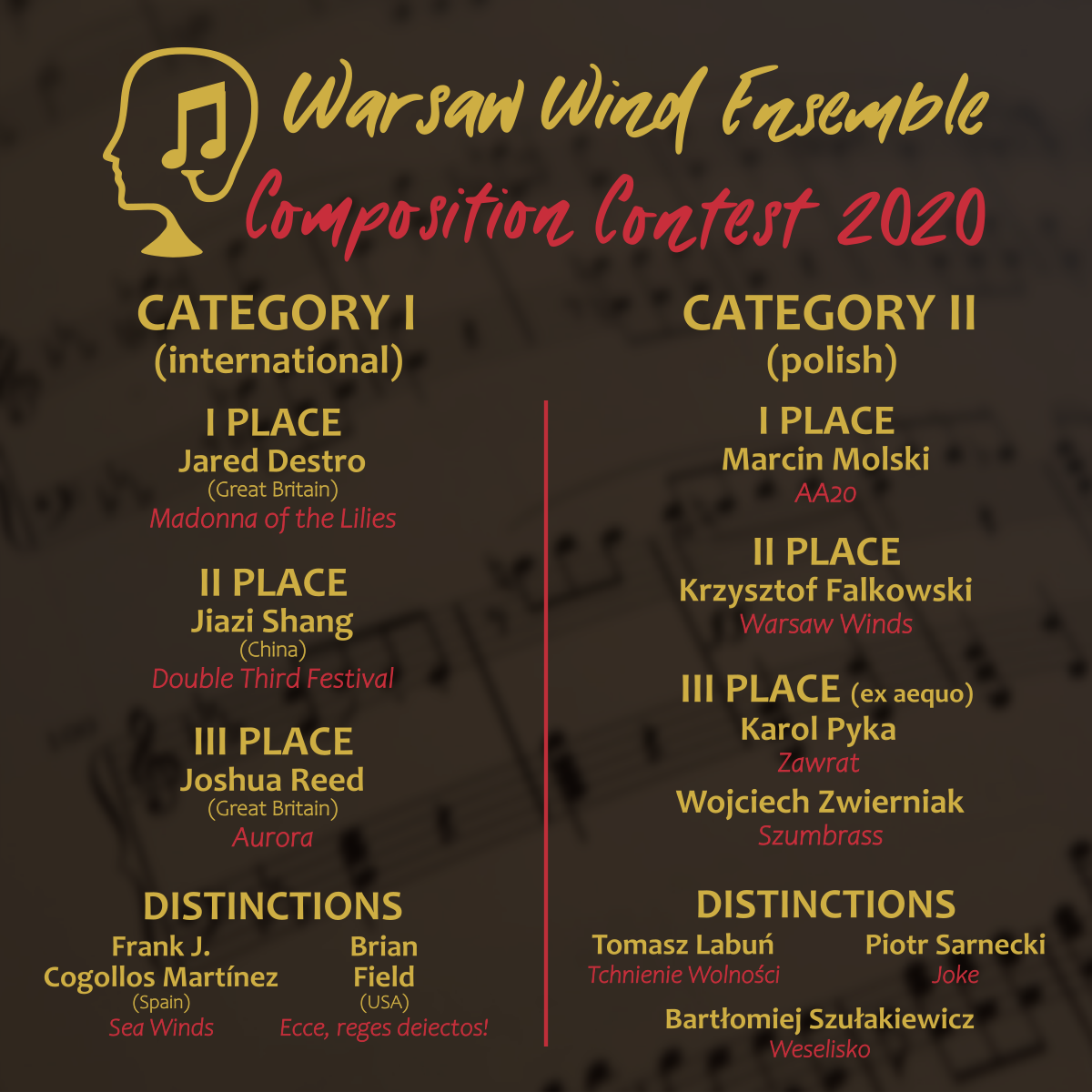 The winners were chosen by the jury:
• Prof. Alicja Gronau DMus Hab. (Fryderyk Chopin University of Music in Warsaw),
• Chris David Westover D.M.A. (Denison University)
• Ryan Latimer DMus (University of Birmingham)
• Eunho Chang Dmus (Fryderyk Chopin University of Music in Warsaw)
• Lt Col. Adam Czajkowski (Representative Artistic Ensemble of the Polish Army Forces in Warsaw)
• Daniel Cichy PhD (PWM Edition)
• Jakub Nikiel (PWM Edition)
• Mariusz Dziubek DMus (The Polish National Wind Orchestra)
• Jarosław Praszczałek DMus (Fryderyk Chopin University of Music in Warsaw)
The winning compositions will be published this year by PWM Edition in the ‘Biblioteka Orkiestr Dętych’ (The Wind Orchestras Library) series. Their authors will also receive cash prizes. The winners of three places in both categories will also receive material prizes funded by PWM Edition, diplomas and statuettes.
All compositions will be perform during the Final Gala. The event, previously planned for 28 November, has been postponed to next year. The awarded compositions will be performed in the Ursynów District Cultural Centre in Warsaw by the Warsaw University of Life Sciences Representative Orchestra under the baton of Chris David Westover and the Concert Orchestra of the Representative Artistic Ensemble of the Polish Army Forces, conducted by Marcin Ślązak. Details soon!
The aim of the ‘Biblioteka Orkiestr Dętych’ series from PWM Edition is to support the activities of orchestras and wind ensembles by enabling the use of musical materials of the highest level of content and editorial quality. The works published as part of the BOD series fill an acute repertoire gap and facilitate access to the most popular repertoire. The series includes studies, arrangements, as well as new compositions so diverse that they can enrich the repertoire of amateur and semi-professional bands, as well as professional bands operating at cultural centres, parishes and music schools, at different levels of advancement.
The Contest is organised by the Warsaw Wind Music Association and PWM Edition. The partners of the event are: Warsaw University of Life Sciences Representative Orchestra, District Cultural Centre Ursynów and Representative Artistic Ensemble of the Polish Armed Forces.
Media patronage of the event is taken by: TVP Kultura, POLMIC – Polish Music Information Centre, Presto Magazine, Polskie Radio RDC and portals: "Orkiestry Dęte" and "Wind Band Press".