This most recent album in the SOUNDS series is the result of cooperation between PWM Edition and the Adam Mickiewicz Institute, which aim is to create and disseminate a new canon of music by Polish women-composers by promoting Polish culture worldwide. The third project participant is the French Orchestre Pasdeloup, which has undertaken to record four pieces by outstanding Polish women-artists. The orchestra is led on this album, appropriately to the task, by Marzena Diakun, an extraordinarily gifted woman-conductor.

“The openness of Orchestre Pasdeloup and its head, Marianne Rivière, to this project, promoting little-known works by Polish women-composers, and to contemporary music at large, is of great importance to me,” emphasises Marzena Diakun. “Poland and France, artists from both countries, have met and worked together on this remarkable project.”

Elżbieta Sikora’s piece Sonosphère V. Wanda Landowska, included on the CD, combines acoustic tradition with electric modernity. The mastery of French jazz guitarist Misja Fitzgerald Michel, whose virtuosic electric guitar solo conjures up, in accordance with the composer’s intentions, the nervousness and sound colour of Jimi Hendrix’s playing, will leave no one indifferent. Hanna Kulenty’s Aisthetikos brings us in contact with metaphysical trance and musical surrealism. This work is interpreted here by excellent soloists: saxophonist Bartłomiej Duś and pianist Magdalena Duś, who premiered the piece less than a year ago at Kielce’s Świętokrzyska Philharmonic. Contradizione is a classic by the eminent composer and violin virtuoso Grażyna Bacewicz, who also was a proficient pianist and writer. Agata Zubel’s In the Shade of an Unshed Tear attempts to explore the possibilities of a Beethoven orchestra in contemporary music. ANAKLASIS release features the world premiere recording of this composition. 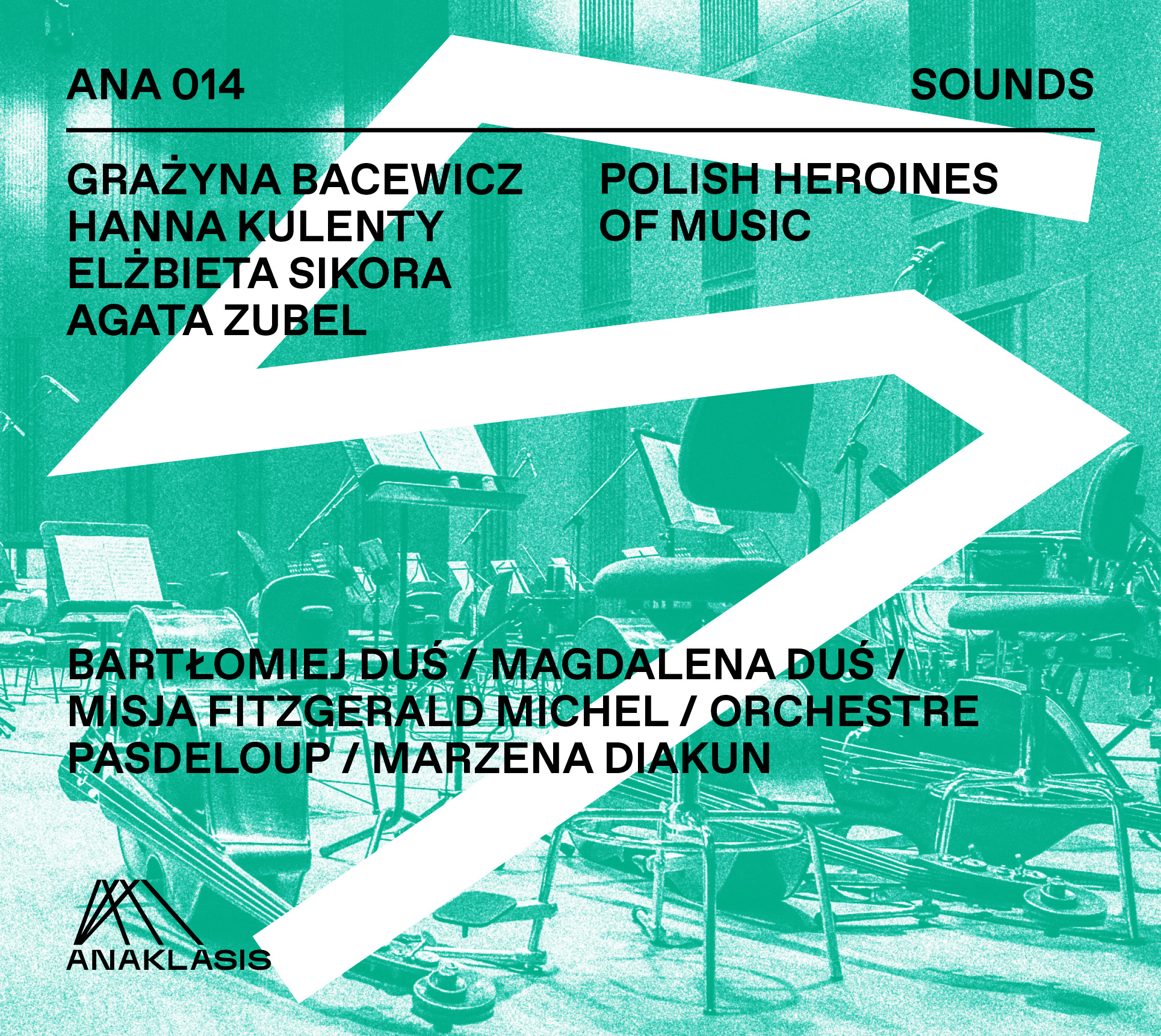 The CD POLISH HEROINES OF MUSIC is part of the SOUNDS series, in which the interpretations are just as crucial as the repertoire. Apart from excellent soloists, a key role is played here by Orchestre Pasdeloup, France’s oldest continually performing orchestra (est. 1861), headed by Marianne Rivière, who is the only female orchestra director in France. Collaborations with these outstanding artists have made it possible to present, on the ANAKLASIS album POLISH HEROINES OF MUSIC, not only the most interesting phenomena in contemporary music writing, but also the allure and brilliance of women-artists active in the music market.

As of 29th February, the CD will be available for purchase on Fnac, amazon.fr, networt Gibert Joseph and Espace Culturels E.Leclerc.

Visit the new ANAKLASIS website, where you can find, among others, the complete catalogue of our record label. Details at www.anaklasis.pl.

The project is co-organised by the Adam Mickiewicz Institute as part of the international cultural programme marking the centenary of Poland’s regained independence.

Financed by the Ministry of Culture and National Heritage of the Republic of Poland as part of the multi-annual NIEPODLEGŁA programme 2017–2022.