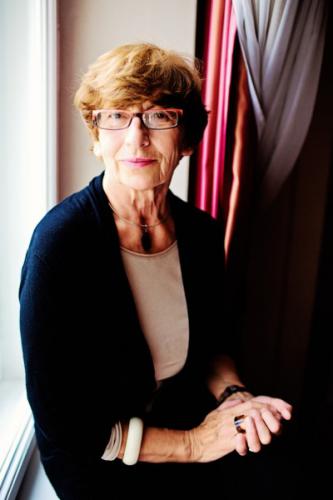 Elżbieta Sikora was born in Lwów on 20 October 1943. She completed studies in sound engineering at the State Higher School of Music in Warsaw. In 1968-70 she studied electroacoustic music under Pierre Schaeffer and Francois Bayle at the Paris Groupe de Recherches Musicales. After her return to Warsaw, she took up composition studies with Tadeusz Baird and Zbigniew Rudziński. During her studies, together with Krzysztof Knittel and Wojciech Michniewski she formed the KEW composers' group, with which she toured in Poland, Sweden, Austria and West Germany. Since 1981 she has lived in France where she attended a computer music course at IRCAM and studied composition with Betsy Jolas. At present she is professor at the Conservatory in Angouleme, France, where she teaches electroacoustic music.

A recipient of grants from the French government, the city of Mannheim and the Kosciuszko Foundation, she worked under John Chowning for several months at the Center for Computer Research for Music and Acoustics (CCRMA), at Stanford University.
She is the winner of the Young Composers' Circle of the Polish Composers' Union prize (1978, distinction for According to Pascal), Weber Competition in Dresden (1978, Second prize for a chamber opera Ariadna), Electroacoustic Music Competition in Bourges (1980, distinctions for The Waste Land and Letters to M.) and a competition for composers in Mannheim (1982, First prize for Guernica). In 1998 she received a Prix Magistere from the Bourges Festival of Electroacoustic Music. Sikora received two SACEM awards in 1994: Prix Pedagogique for Chant'Europe and Prix du Printemps for all of her works. In 1996 she was granted "Nouveau Talent Musique" prize for her opera L'Arrache-coeur in Paris. She also earned the Prix de la Partition Pédagogique and the Prix Stéphane Chapelier-Clergue-Gabriel-Marie, both from SACEM (both 1994). She was also awarded the Heidelberger Künstlerinnen-Preis (2000) and earned a special mention from the Académie du Disque Lyrique in Paris (2003, for a recent Le Chant du Monde recording), Pomorską Nagrodą Artystyczną Gryf (2012), Splendor Gedanensis (2012), Sztorm Roku 2011. In 2013 Sikora received Annual Award of Związek Kompozytorów Polskich, special award of Ministry of Culture and National Heritage, Gloria Artis award and Orphée du Prestige Lyrique de l'Europe.

Sikora's pieces have been performed in a majority of European countries and in the United States, e.g. at the Avignon Festival, Festival de Paris, Dresdner Musikfestspiele, "Fylkingen" in Stockholm and GMEB in Bourges festivals, as well as at the "Warsaw Autumn" Contemporary Music Festival. She recently received a prestigious commission to write a cantata for the 1000th anniversary of her home city of Gdańsk. She has been commissioned by the Ballet de Monte Carlo, the government of France, IRCAM, the Polish Ministry of Culture, Radio France, and other organizations. Among the soloists who have performed her works are flautists Pierre-Yves Artaud, Robert Dick, Carin Levine, and Emmanuelle Ophčle; saxophonist Daniel Kientzy; pianist Jean-Efflam Bavouzet; harpsichordist Elisabeth Chojnacka; violinists Leonardo Boero, Beata Halska and Hanna Lachert; cellist Ivan Monighetti; mezzo-soprano Ewa Marciniec; sopranos Elisabeth Grard, Henryka Januszewska, Frances Lynch, and Elena Vassilieva. AA (Agencja Autorska), PWM and Stoklosa Editions publish her works in Poland, while Le Chant du Monde and Heugel publish her music in France.