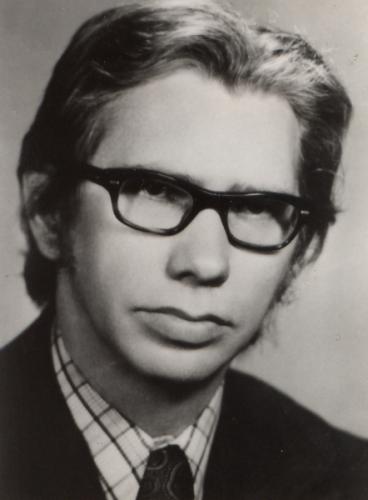 Wojciech Łukaszewski was born on 10th March 1936 in Częstochowa, died 13 April 1978 in Częstochowa, Polish composer, pedagogue and journalist. From 1960 to 1965 he studied composition at the PWSM in Warsaw with T. Szeligowski and T. Paciorkiewicz, 1966-67 with N. Boulanger in Paris. From 1967, a teacher, and from 1971 director of the State Music Primary and Secondary School in Częstochowa; 1967 to 1968 he also lectured at the PWSM in Warsaw. In 1977 he received the MKiS prize, second degree, for his creative work. He played a significant role as an animator of musical life in Częstochowa, amongst other things he was the co-founder and Vice Leader of the Częstochowa Music Society. Łukaszewski’s style evolved from neo-classical stylisation through aleatoric techniques to programmatic brevity of form; it is characterized by intimacy and atmosphericism.