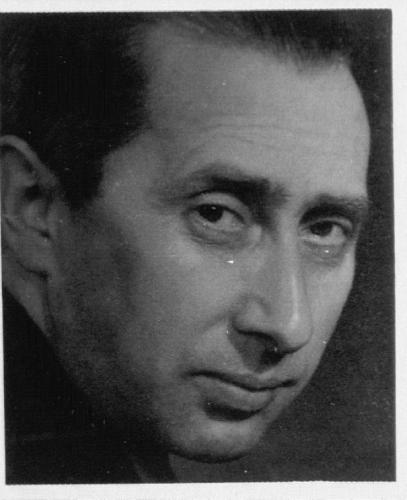 Jan Adam Maklakiewicz was born 24.11.1899 in Chojnaty (by Skierniewice) to a family of polish musicians, died 7.02.1954 in Warsaw. Composer, teacher, choral conductor, organist and music journalist. Son of the organist in Mszczonów, Jan Maklakiewicz (1874–1955) and Rozalia née Izbicka. His first music teacher was his father. In the years 1919–22 he studied at the F. Chopin Higher School of Music in Warsaw (violin with L. Binental, harmony with M. Biernacki, counterpoint with F. Szopski), in the years 1921–25 he studied composition at the conservatory in Warsaw under R. Statkowski, and at the turn of 1926 and 1927 under P. Dukas at the Ecole Normale de Musique in Paris, where he also led a mixed voice choir from the Polish community and participated in the Society of Young Polish Musicians.
In the years 1927–29 he taught theory subjects and conducted the choir at the H. Kijeńska-Dobkiewiczowa Conservatory in Łódź; in the years 1928–32 he was professor of harmony at the conservatory in Warsaw. From January 1932 till June 1935 Maklakiewicz was organist and leader of the choir in the Holy Cross Church in Warsaw, which in this time became one of the best church choirs in Poland. In the ‘30s he also led the choir of the Union of Municipal Gas Workers in Warsaw - “Znicz”, the choir and orchestra of the munitions factory at Bema Fort (now the Bemowo district of town), the traders’ youth choir and the Warsaw University Academic circle choir “Lira”.

Jan Adam Maklakiewicz led a very active life as a journalist; in the years 1930-1937 he was music correspondent for the “Kurier Poranny”. In 1934, together with J. Niezgoda, Secretary General of the Federation of Polish Associations of Singing and Music, and F. Grąbczewski, bookstore owner and music publisher in Warsaw, he founded the magazine "Choir", devoted to choral music and singing groups, and amateur orchestras, recognized in 1935 as an official organ of the association; at the beginning he edited the journal himself, then (from August 1935 to November 1936) with J. Niezgoda. In the years 1926 to 1939 he worked with the Polish Theatre in Warsaw, and after the war with the Słowacki Theatre and the Old Theatre in Krakow and the National Theatre, Chamber Theatre and the “Syrena” Theatres in Warsaw; from 1937, he collaborated with Polish Radio.

During World War II, the composer worked from October 1939 as a pianist at the Café Club in Warsaw and then, after being introduced by a known actor and director, E. Chaberski, at the Znachor cafe, which was a meeting place for activists. From March 1941 to the end of the war he hid in Chojnaty, where he privately taught harmony and piano.

From November 1945 to July 1947 Maklakiewicz was director of the State Philharmonic in Krakow (joined with the opera in May 1946). In the years 1947–48 he was director of the Warsaw Philharmonic; he led it in reviving its activities, organising the symphony orchestra and choir. In the years 1948–50 he taught harmony at the PŚSM (now PSM II level nr 1) in Warsaw; from 1949 he was professor at the PWSM (now the Akademia Muzyczna) in Warsaw, in the years 1950–51 dean of the department of composition, conducting and music theory. He also lectured in composition, instrumentation and counterpoint; his pupils included: M. Sulej, J. Tyszkowski, A. Szaliński, S. Foremny, M. Magin i B. Konowalski.

He was active in numerous musical associations and organizations. From 1928, he was a member of the Polish Composers' Association, where in the years 1932 to 1935 he served as Secretary-General, and then vice president. From 1928, he was a board member of the Polish Society for Contemporary Music and held in succession the following functions: the treasurer, secretary and vice president. From 1930, he also belonged to the Association of Writers and Music Critics (founded in 1926 by M. Gliński), where he served as treasurer; in the years 1947-1951 he was a board member of the PCU. In 1947 he received the music award from the city of Krakow; he was posthumously awarded the Officer's Cross of the Order of Polonia Restituta.