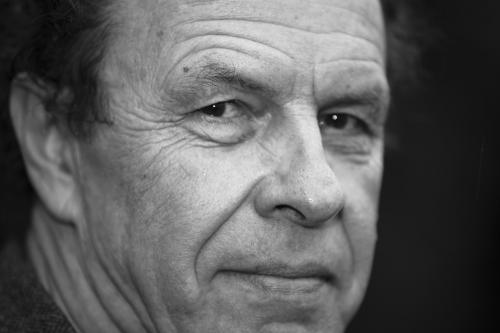 Michał Lorenc is one of the most eminent contemporary composers of film scores. He works with great directors (for example M. Dejczer, F. Bajon, J.J. Kolski, J. Skolimowski, K. Lang) and composes music for feature films, documentaries (Całopalenie, Solidarni 2010, Pielgrzym miłości, Jan Paweł II. Szukałem Was…) and plays. His music - distinctive, easily recognisable, often with references to ethnic music and at the same time full of expression - interacts closely with the content of the movie. M. Lorenc has composed music for over 175 films, TV series and theatre productions. A great part of these works have received or have been nominated for prestigious awards. In 1989 the composer received the S. Wyspiański Young Artist Award for the music to 300 Miles From Heaven. He has won the "Golden Lions" several times at Polish Film Festival in Gdynia for the best music to the movies The Provocateur (1995), The Bandit (1997), The Early Spring (2001), Everything Will Be Fine (2007) and others, the "Jancio Wodnik" prizes at "Prowincjonalia" Festival in Września for music to the movies Away From The Window (2001), Strawberry Wine (2008), Four Nights with Anna (2009) and “Fryderyk” prize in 2012 for the music to Black Thursday. Janek Wiśniewski Fell. His soundtrack for the movie 300 Miles From Heaven was nominated for "Felix" - European Film Awards in Berlin (1989) and music for Blood and Wine was proposed to the Oscar nomination in 1996. M. Lorenc has also received the "Totus 2011" award for the promotion of Christian values.