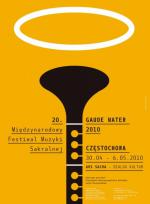 Polish music at the "Gaude Mater" International Festival in Częstochowa

Paweł Łukaszewski’s Magnificat and Nunc dimittis will be played 3rd May. It will be one of a few pieces premiered during the history of “Gaude Mater” Festival and reminded to the audience this year.
more