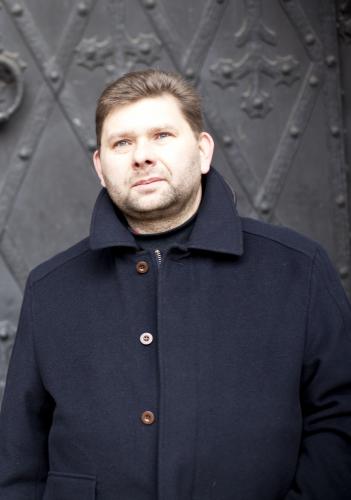 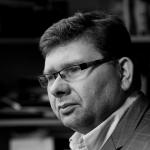 Paweł Łukaszewski’s most recent composition, Missa choralis for soloists, mixed choir and orchestra, was premiered on Sunday 2nd June 2019 in Legnica during the anniversary edition of the Legnica Cantat choral festival.
more 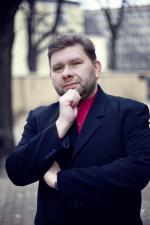 The premiere of 'Symphony No. 4' by Paweł Łukaszewski

The premiere of Symphony No. 4 by Paweł Łukaszewski will take place on 3rd June. The composer entitled it ‘Symphony on the Mercy of God’, referring to his earlier works within this genre that were dedicated to God’s Providence, Love and Angels.
more

A new choral piece by Paweł Łukaszewski, Veni Sancte Spiritus for Two Unaccompanied Mixed Choirs, dedicated to the memory of Henryk Mikołaj Górecki, will be performed for the first time on 2 October at an oratory concert in the Kraków Philharmonic.
more 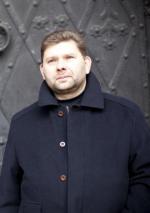 Sinfonietta per archi by Paweł Łukaszewski will have its Indian premiere in June. The work will be presented at concerts in Mumbai and Pune.
more

The ceremony of awarding Fryderyks, the Polish Phonographic Academy's Music Awards distinguishing e.g. the best 2015 albums, took place on 23 April, 2015. This year, one of the statuettes was presented to Paweł Łukaszewski and his CD Musica Sacra 5.
more

After the first performance of Paweł Łukaszewski’s Requiem in Cracow. The conversation with the composer

Wojciech Kilar, John Tavener, the cardinal Józef Glemp, Paweł Łukaszewski’s friends and the family are those to whom he dedicated his Requiem.
more

The world premiere of Paul Lukaszewski's Requiem in Krakow

On the 31st of October in Kraków the Orchestra and Choir of the Kraków Philharmonic, directed by Michał Dworzyński and conducted by Teresa Majka-Pacanek, with the following soloists: Maria Boberska (soprano), and Jarosław Bręk (bass) premièred a symphony version of Requiem – an opus whose version for chamber orchestra was enthusiastically received by the audience during its first performance in Presteigne in August of this year. Requiem was also presented by Hertford College Choir&Orchestra directed by Nick Graham. The composition took place in Hertford College Chapel Sunday the 9th of November 2014, 5,45 PM
more

In October as many as three compositions by Paweł Łukaszewski will be performed for the first time: Laudate Dominum was first performed (October 11, Wroclaw) and Litany de Sanctis Martyribus (October 11, Slubice). Requiem in a version for chamber orchestra will be held on the 31th of October 2014 in Krakow.
more

Commissioned by the 2014 Presteigne Festival "Requiem" of Paweł Łukaszewski it will be premiered in August by Rachel Nicholls (soprano), Christopher Foster (baritone), the Joyful Company of Singers and the Presteigne Festival Orchestra under George Vass.
more

Yesterday, Paweł Łukaszewski added the Choc de Classica prize to his various awards for the recording of „Missa de Maria a Magdala (Missa bremgartensis)”, which appeared on the DUX label in the Musica Sacra series.
more

The Article about Paweł Łukaszewski's Works in "Gramophone"

We recommend you the article about Paweł Łukaszewski’s works, which was published in “Gramophone”, a magazine devoted to classical music, particularly recordings.
more

Works by Paweł Łukaszewski and Mikołaj Górecki on the Same CD

A concert linked to the release of the album by Baltic Neopolis Orchestra with compositions by Mikołaj Górecki and Paweł Łukaszewski will be held on 30 October 2013 at 7pm in the TRAFO Trafostacja Sztuki in Szczecin.
more

25 April 2012 during the gala Fryderyk Awards Ceremony 2013, Prof. Jan Ekier received a Golden Fryderyk for lifetime achievement, and Paweł Łukaszewski was announced the Artist of the Year.
more 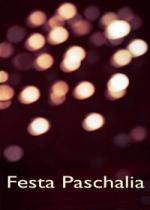 Yesterday, in the romanesque basilica of St. Pantaleon in Cologne, Paweł Łukaszewski's work „Resurrectio”, an oratorio for soprano, tenor, baritone, mixed choir, organ and orchestra, was premiered at the Festa Paschalia festival.
more

Paweł Łukaszewski’s Antiphons will be heard in the first and second week of Advent, in several concerts in the United Kingdom and the United States.
more

On August 28 in St. Peter’s Church, Riga, the Latvian National Symphony Orchestra and the National Choir of Latvia gained an unusually warm reception from the public for the premiere of Paweł Łukaszewski’s Symphony III.
more

On September 5 at 7pm in the Polish Catholic Cathedral of St. Mary Magdalene in Wrocław we will hear Paweł Łukaszewski’s "Via crucis". This is one of the elements of the programme of the 47th Wratislavia Cantans International Festival starting on September 1.
more 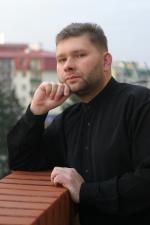 The annual carol concert in the National Philharmonic given by the Choir, directed by Henryk Wojnarowski, enjoys undminished popularity.
more 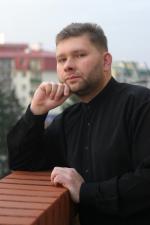 The concert features works by Polish composers, from early music through to contemporary including Paweł Łukaszewski’s Responsoria Tenebrae, commissioned by The King’s Singers.
more

On November 18, 2011 in Częstochowa, during the first concert as part of the „XIII Music Celebration”, pianist Maciej Zagórski along with the Symphony Orchestra of the Częstochowa Philharmonic conducted by Jerzy Swoboda will premiere Paweł Łukaszewski’s "Concerto for Piano and String Orchestra".
more

The evening concert on 21 October 2011 at the National Philharmonic of Ukraine in Kiev was filled with sacred works by Polish composers: Paweł Lukaszewski, Romuald Twardowski, Stanisław Moryto, Marek Jasiński and Andrzej Panufnik.
more

September 11, on the 10th anniversary of the attacks on the World Trade Center in New York, a concert will be held as part of the Wratislavia Cantans festival, "New York September 11, 2001 in memoriam", at which Paweł Łukaszewski’s "Lamentationes" will be premiered.
more

Paweł Łukaszewski's Pieces at the Festival in Riga

Two of Paweł Łukaszewski’s pieces - Symphony II „Festinemus amare homines” and “Veni Creator” will be performed on 16-17 August at the International Festival of Sacred Music in Riga.
more

Paweł Łukaszewski, a composer associated with PWM, has received the Polish Primate’s "Silver Pipe" award. The award ceremony will be held 12 June at the 21st International Festival of Sacred Music.
more 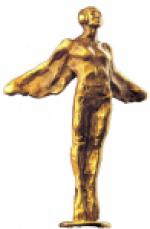 Congratulations to the winners of this year's Fryderyk 2011 awards! Many of our esteemed colleagues and friends have been recognised in the category of Classical music. Maestro Jerzy Maksymiuk received a special ZŁOTY FRYDERYK 2011 award (GOLDEN FRYDERYK 2011) for outstanding artistic achievements. Here is the list of winners:
more 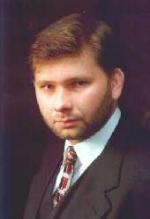 The Polish premiere of Paweł Łukaszewski’s Missa de Maria e Magdala took place as the inauguration of the "Gaude Mater" liturgical festival on May 2nd in Częstochowa. The second title of the Mass is Missa Bremgartensis, derived from the Swiss city of Bremgarten, for which it was written.
more

The Panasonic Choir from Osaka, who won the National Choir Competition in Japan, presented two pieces during the competition by a composer associated with PWM, Paweł Łukaszewski.
more

During The 17th International Festival “Laboratory of Contemporary Music” we shall hear the premiere of one piece by composer associated with PWM: “Utopia” by Paweł Łukaszewski.
more
Copyright © 2013 PWM